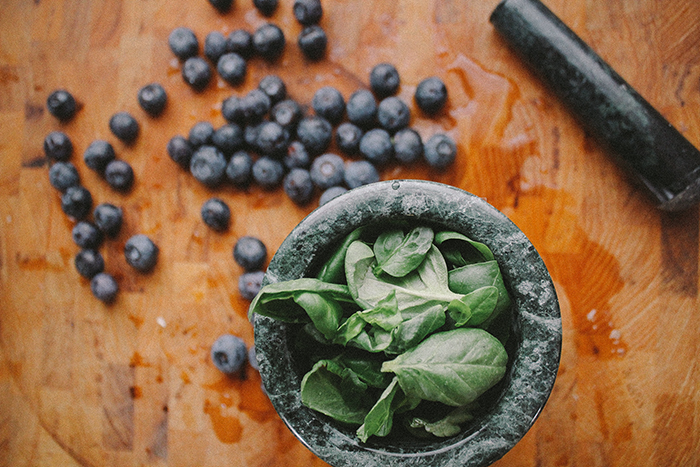 This is less of a recipe and more of a kitchen experiment. It involves letting vodka absorb the flavors for up to a weeks time. And involves sip tasting everyday. And adjusting the ingredients throughout the week. It involves playing with flavor combinations and getting use to what ingredients absorb into the alcohol quicker than others. It involves patients and curiosity. And, of course, a love for cocktail mixing.

So after I had mastered the simple syrup, I was ready to move onto more DIY ways to make my own cocktails unique. I tampered with the idea of making my own bitters (after reading articles such as this one and several books from the library) but the ingredients were obscure and I never did get around to ordering the supplies (one day!).

And after many months of my cocktail making desires being dormant, I stumbled upon infused alcohol. I was out at dive bar where our friend was playing a show and noticed a bunch of jars behind the bar filled with fruits, herbs, and flowers. I questioned the bartender who was reluctant to give me too many details (perhaps he thought I was a spy from their competing bar next door) but what I did get out was that they were filled with alcohol and being infused for the next 4 days. In my slightly tipsy state, immediately upon returning home, I questioned google  about what could have possibly been going on in those jars and how I could try it out. I came to the conclusion that they were making infused alcohols and couldn’t wait to try it myself.

This is the first of two I’ve tested. I also have a ginger blood orange rum that still needs another day or two (more on that in the coming days – hopefully). I have a delicious cocktail recipe I served with this vodka but you’ll have to wait for that. Can’t give you guys too much in one post!

Make sure to experiment with your own flavor profiles! Try light colored alcohols to absorb the flavors quicker and think of your favorite herb , spices, and fruit combinations. If the first round doesn’t work out, don’t give up. Experimenting is all about playing around and it may take a few times to get to a flavor you are proud of. The infused alcohol will take anywhere from a few days to a week – all herbs and fruits release flavors at different amounts of time so be patient and sample your alcohol often. 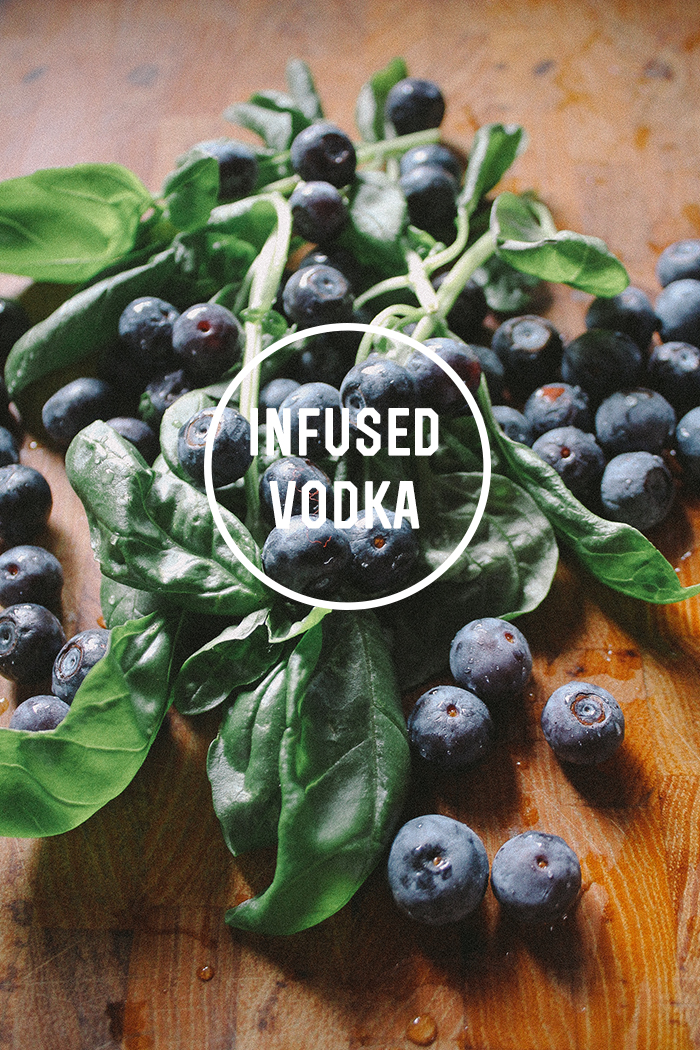 Transfer 1/2 the blueberries to sealable jar or container. Slightly smash them open so the flavors can be released. Muddle the basil leaves with a mortar and pestle (or use your hands to rip the leaves apart). Place in jar with the blueberries and add vodka. Seal jar and stick in the fridge for up to a week. Check daily and add more blueberries or basil depending on the desired flavor. [I ended up adding the entire pint of blueberries by the time the week was over but didn’t add anymore basil]. 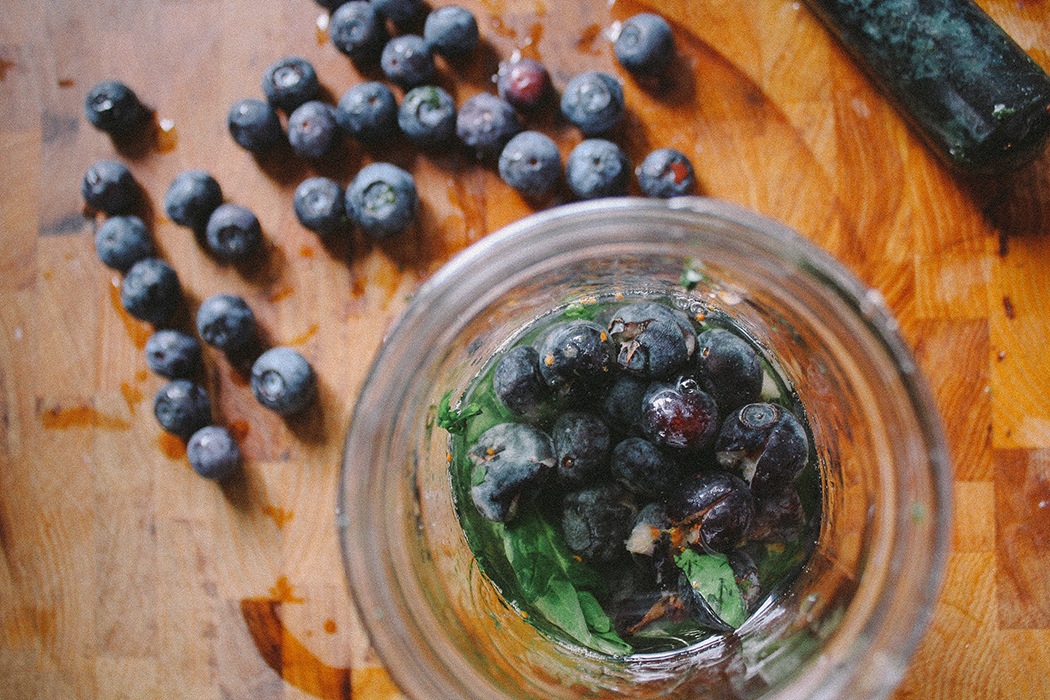 Strain using a small mesh strainer or coffee filter. Serve in cocktails or by itself. 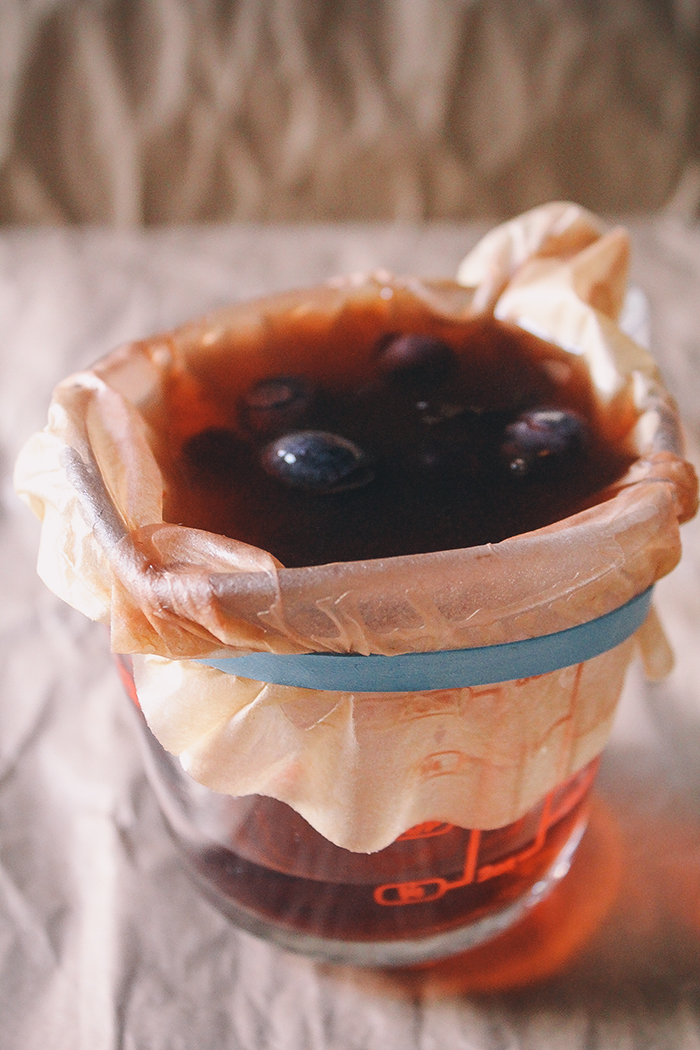 Song of the day: