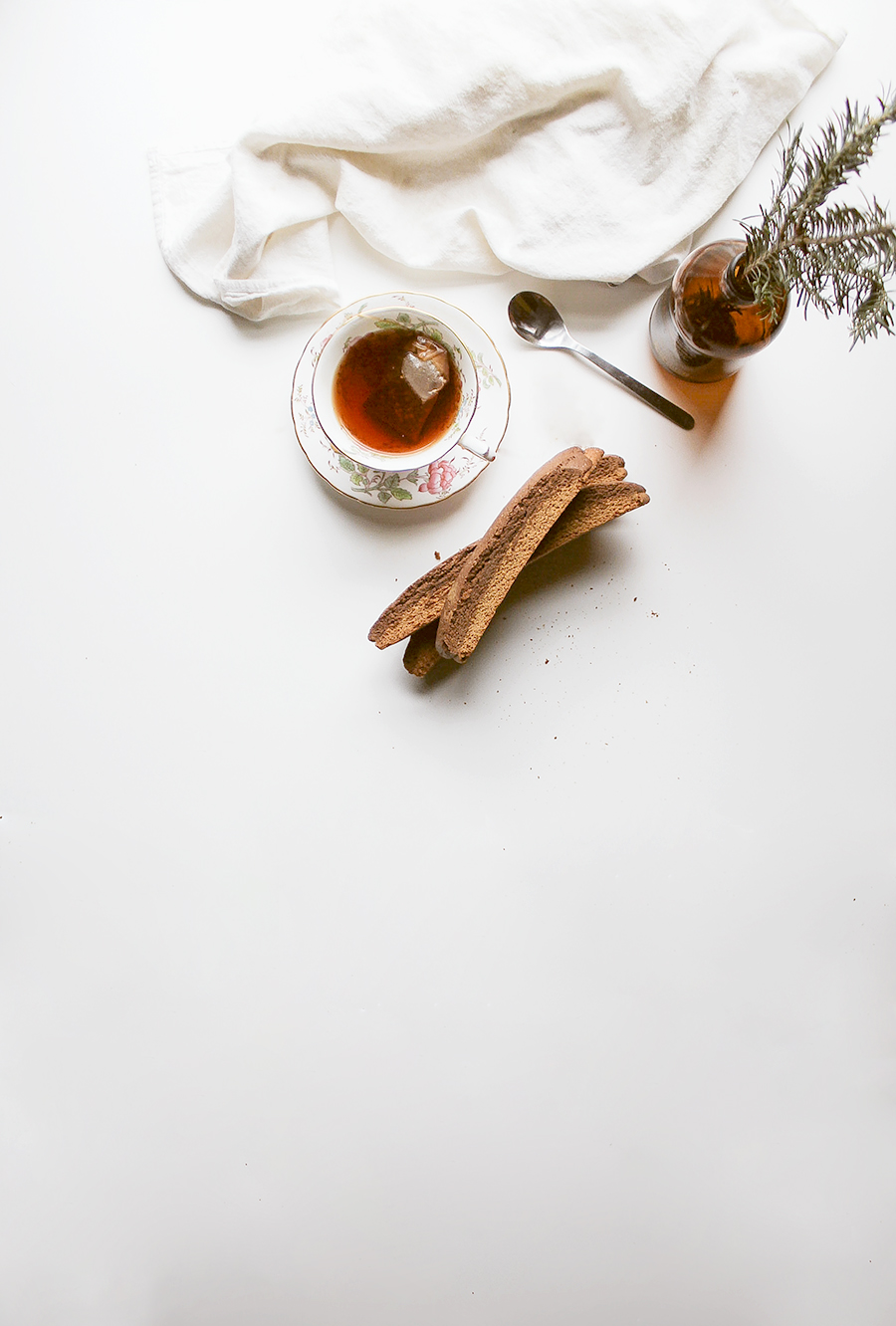 ALL/ Breakfast/ Fall/ Side/ Snack/ Sweets

These chocolate and chai biscotti are perfect with your afternoon cup of coffee or for lazy mornings in bed with a pot of tea for breakfast.

MERRY CHRISTMAS [EVE] (or, to all of you who don’t celebrate Christmas, HAPPY TUESDAY!). I love Christmas eve just as much as I love Christmas day. This is because, growing up, my parent’s were divorced so we always had Christmas with my Father ‘s family on the 24th and then had ANOTHER Christmas with my mother’s family on the 25th. I never could relate to those kids who were so excited to get to open ONE present on Christmas Eve to hold them over – I always received DOZENS of gifts on Christmas eve followed up lots more gifts on Christmas day. As I’ve aged, I’ve toned down a little (just a little!) on my excitement for a double dose of gifts but have learned to find joy in so many other wonderful aspects of having two Christmases in a row. Double the santa cookies. Double the Christmas movies. Double the Yule log playing in the background on your tv (speaking of that, I’ll be playing Lil Bub’s yule log video this year – if my family doesn’t think thats too weird).

But, to be completely honest, this biscotti has nothing to do with Christmas and I really just chatted about Christmas Eve because I’m just so darn excited its finally here. This biscotti is actually about having 11 days off of work in a row – which is the longest vacation time I’ve had in 2013. It’s about finally having lazy mornings after lazy mornings of sipping coffee in bed and enjoying a favorite magazine while munching some biscotti. It’s all about mastering the technique of getting the biscotti soggy enough in your coffee that it doesn’t crumble all over your sheets but firm enough that it’s still crunchy when you take that first bite. But don’t worry, it’s okay if it takes you a few days to master this technique – we’ve still got loads more days off ahead of us! 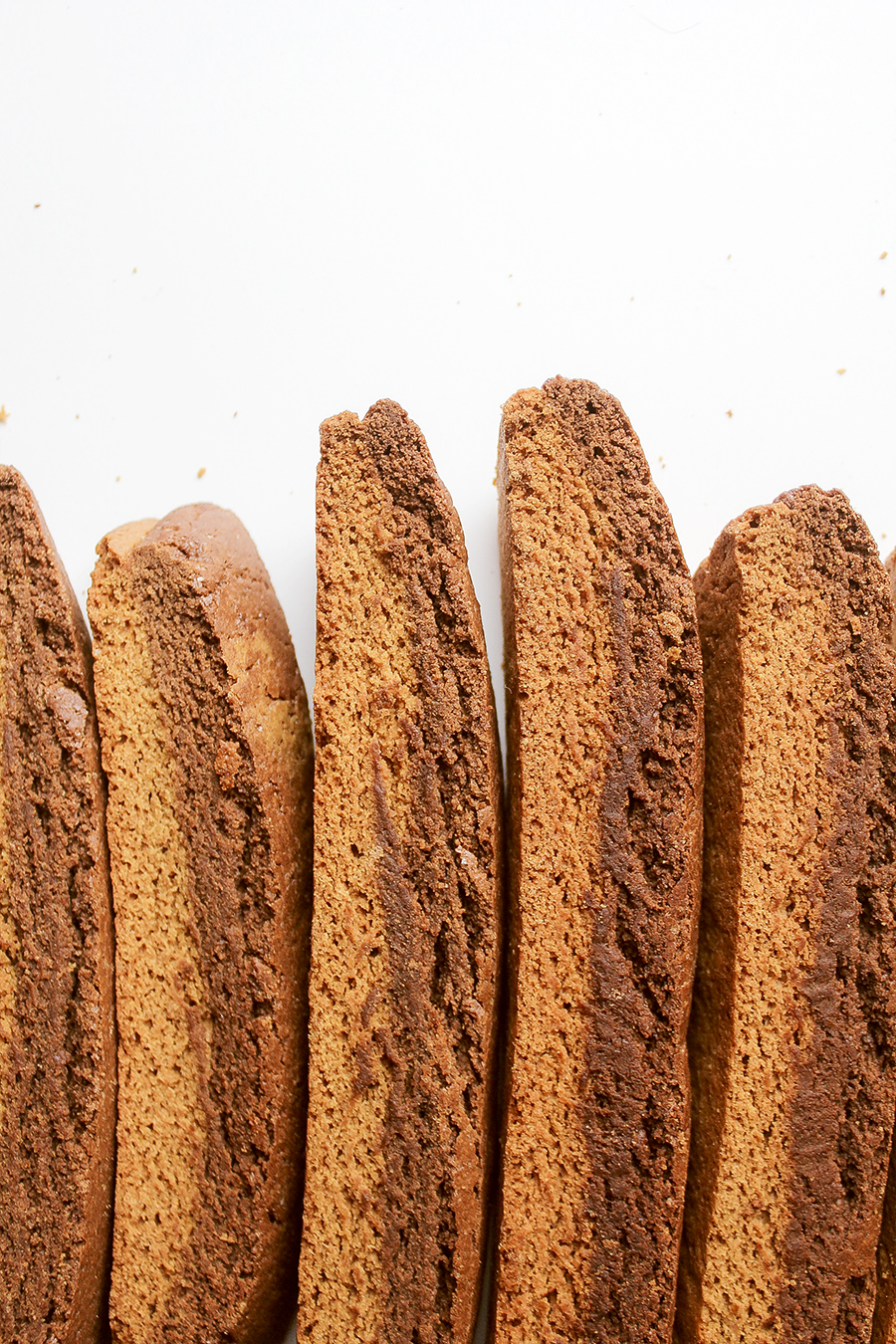 Print
Chocolate & Spiced Chai Biscotti
These chocolate and chai biscotti are perfect with your afternoon cup of coffee or for lazy mornings in bed with a pot of tea for breakfast. / adapted from Kitchen Simplicity
Course: Dessert
Cuisine: Vegetarian
Author: Shelly Westerhausen
Ingredients
Instructions 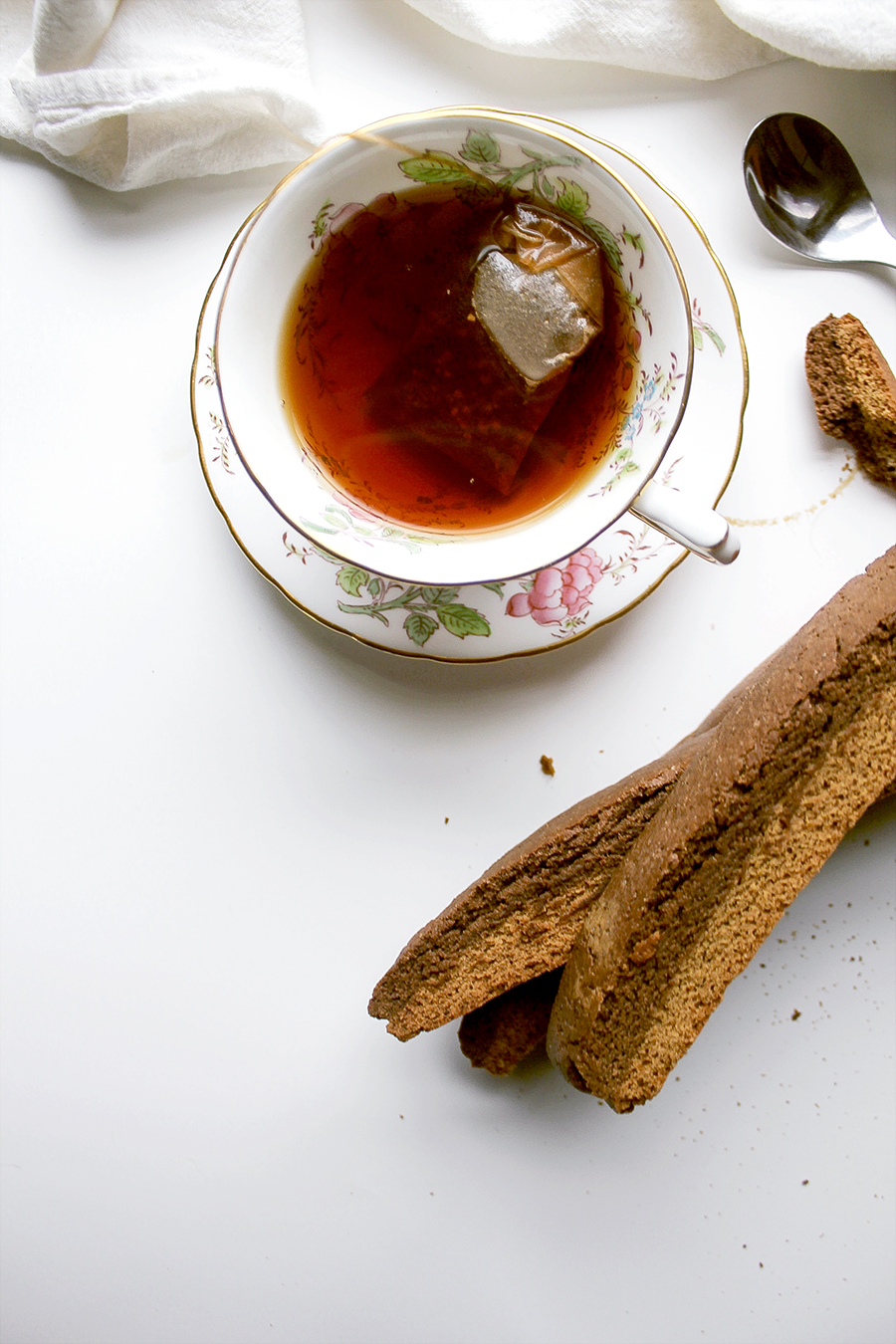