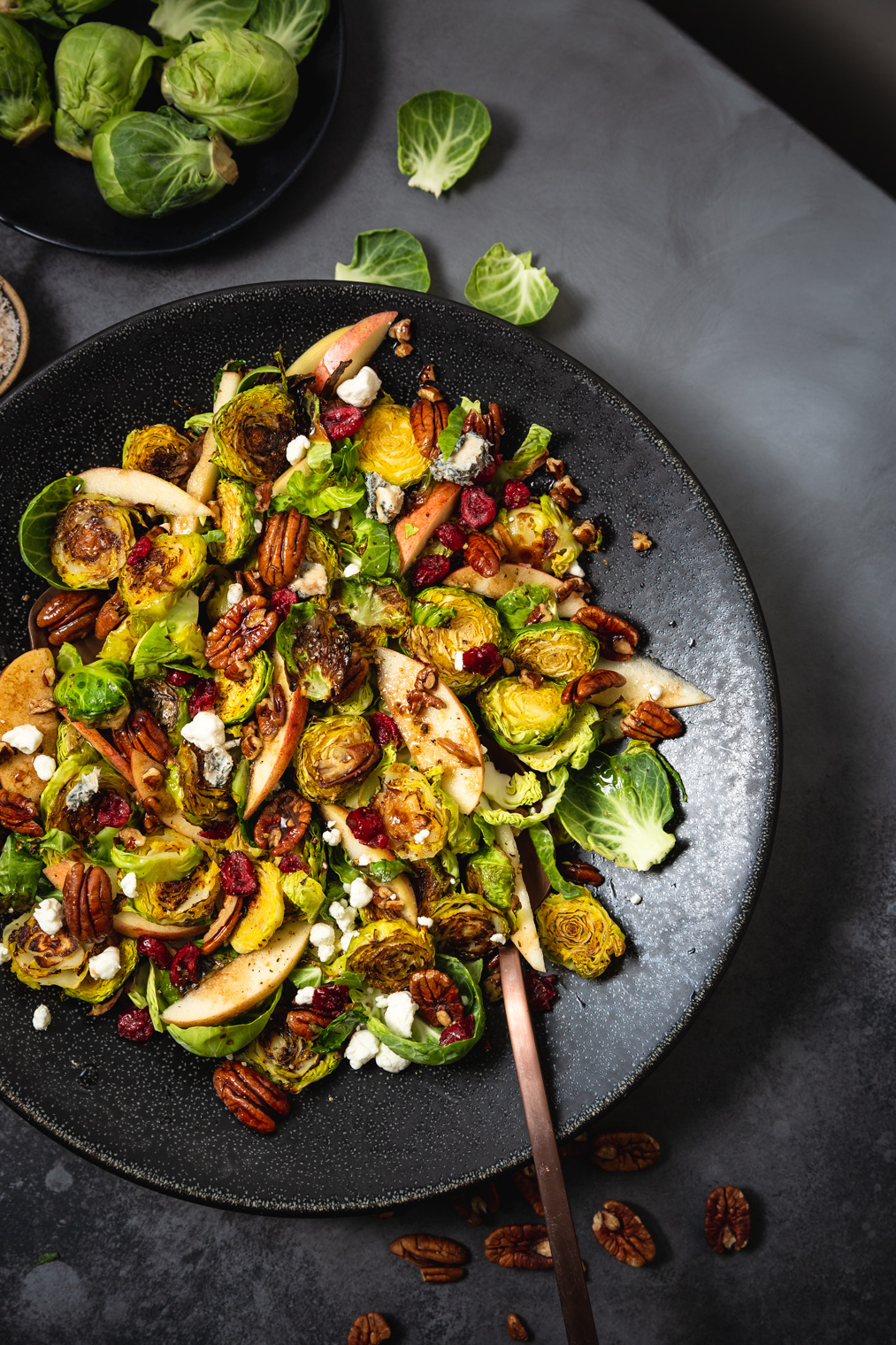 This Roasted Brussels Sprouts Salad With Maple-Balsamic Vinaigrette is inspired by Martina McBride’s new cookbook, Martina’s Kitchen Mix. It’s a hearty savory winter salad with a touch of sweet from the apples and cranberries.

I’m one of those girls who wishes she was a salad person. I do this thing all the time where I’ll pick out a restaurant based on a salad I know they have that I really like and then we’ll get there and I’ll be like ‘dang but that (insert carb dish) looks so much better’ and guess what I end up ordering? Yup, you are correct – that carby cheesy dishes that wasn’t even on my mind when I picked out the restaurant. Ahhh well.

The one exception is this fast casual tex-mex place that I always insist on going to when I’m in need of a serious salad fix (usually after getting back into town when a long food fueled trip or a weekend of binging on too much booze and pizza). The salad they have is called the ‘Highway To Kale’ and it’s a mix of kale, queso fresco, cranberries, and pumpkin seeds. There is something about the perfect mix of sweet, savory, crunchy, citrus-y, and fatty that is just down right irresistible so when I saw this salad in Martina’s new cookbook covered all those bases, I knew I was going to love it.

I tweaked this salad a bit from the original recipe – she kept the Brussels Sprouts raw but I prefer them roasted (both for flavor and because it’s a little kinder on my system) and also swapped the pears for apples since I already had apples on hand. I recommend eating this the same day you make it as it didn’t hold up super well after the first day but other than that, it was absolutely addictive. 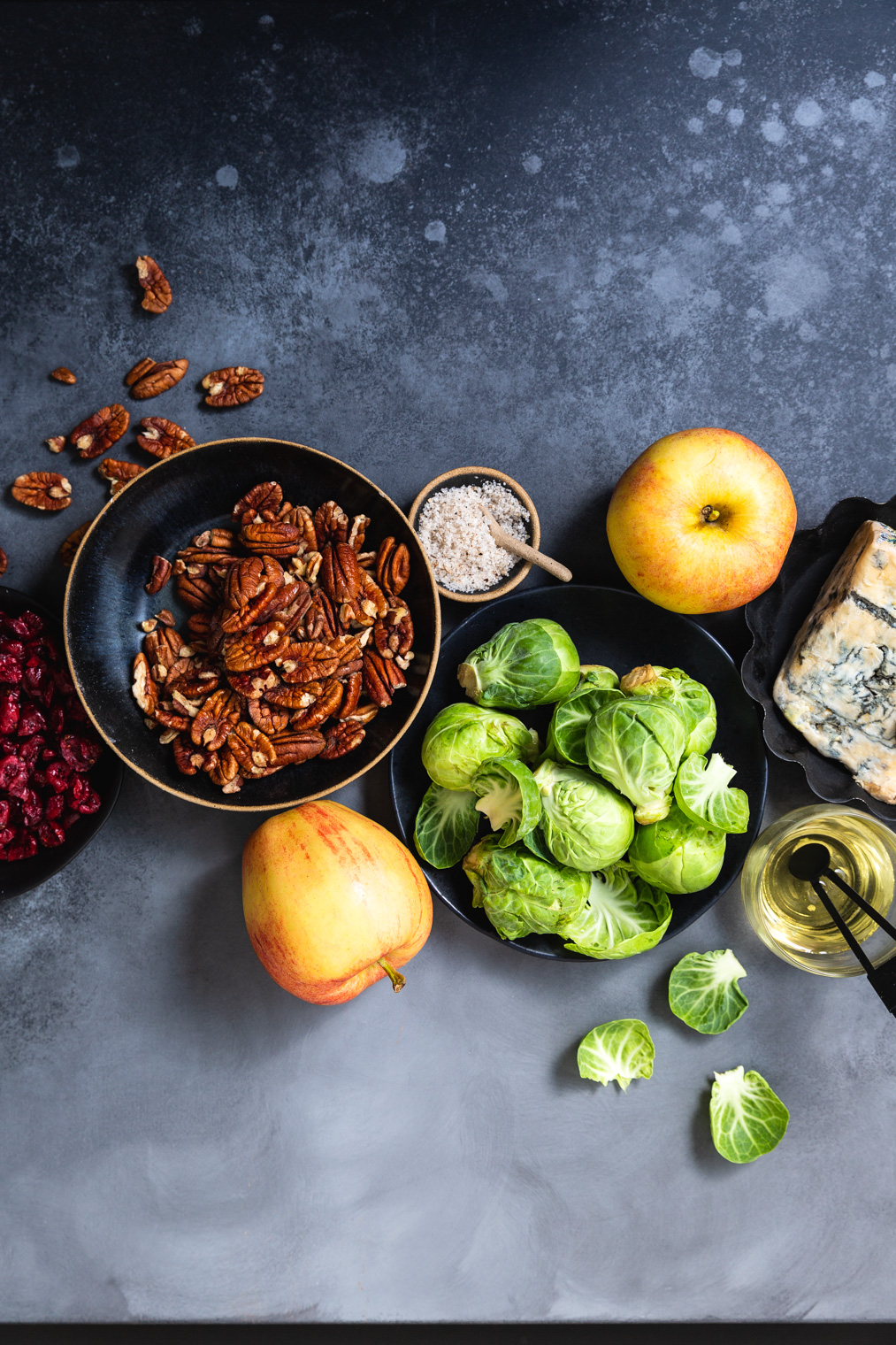 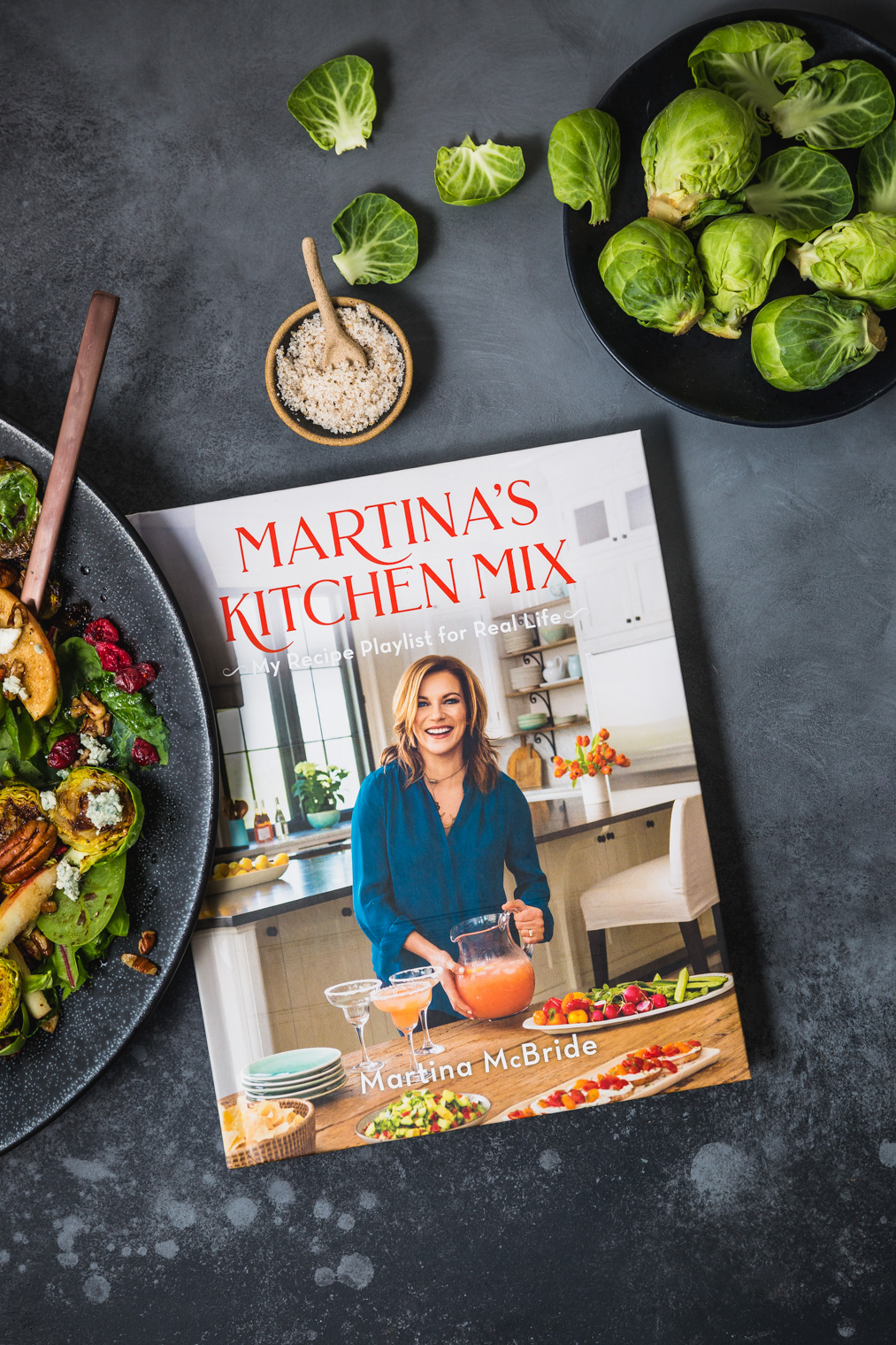 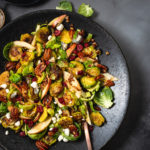 This Roasted Brussels Sprouts Salad With Maple-Balsamic Vinaigrette is inspired by Martina McBride's new cookbook, Martina's Kitchen Mix. It's a hearty savory winter salad with a touch of sweet from the apples and cranberries.

Ingredients
For the dressing:
Everything Else
Instructions 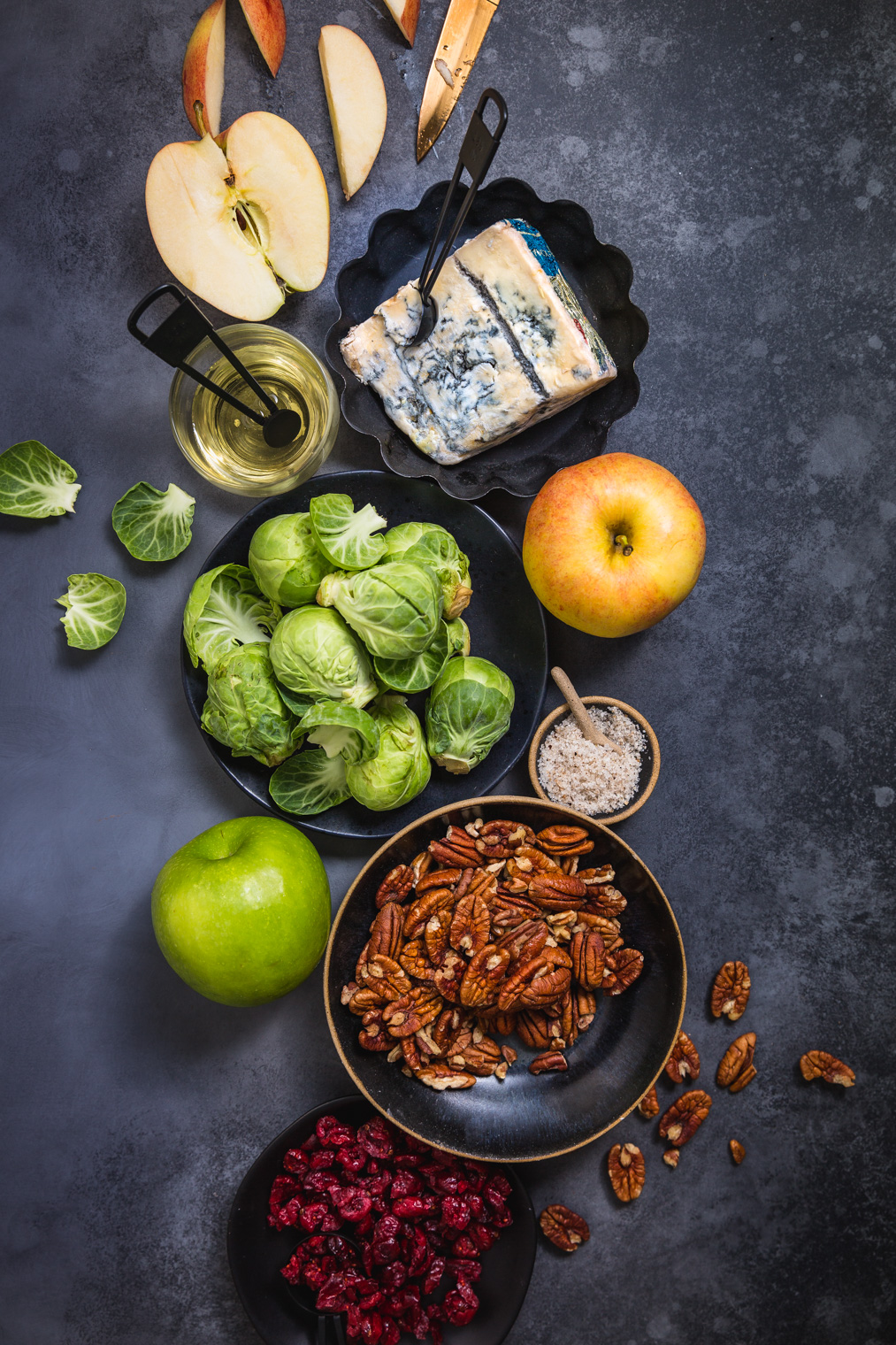