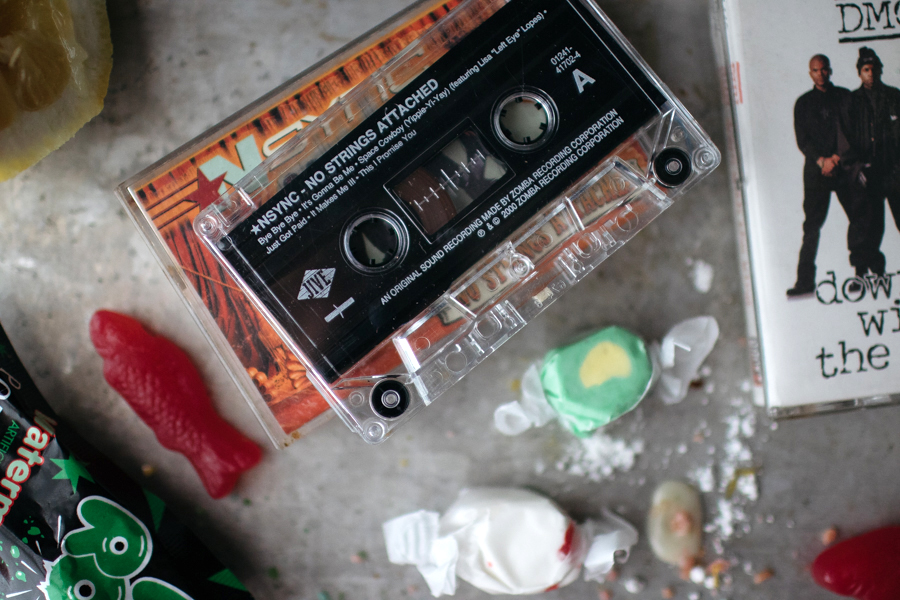 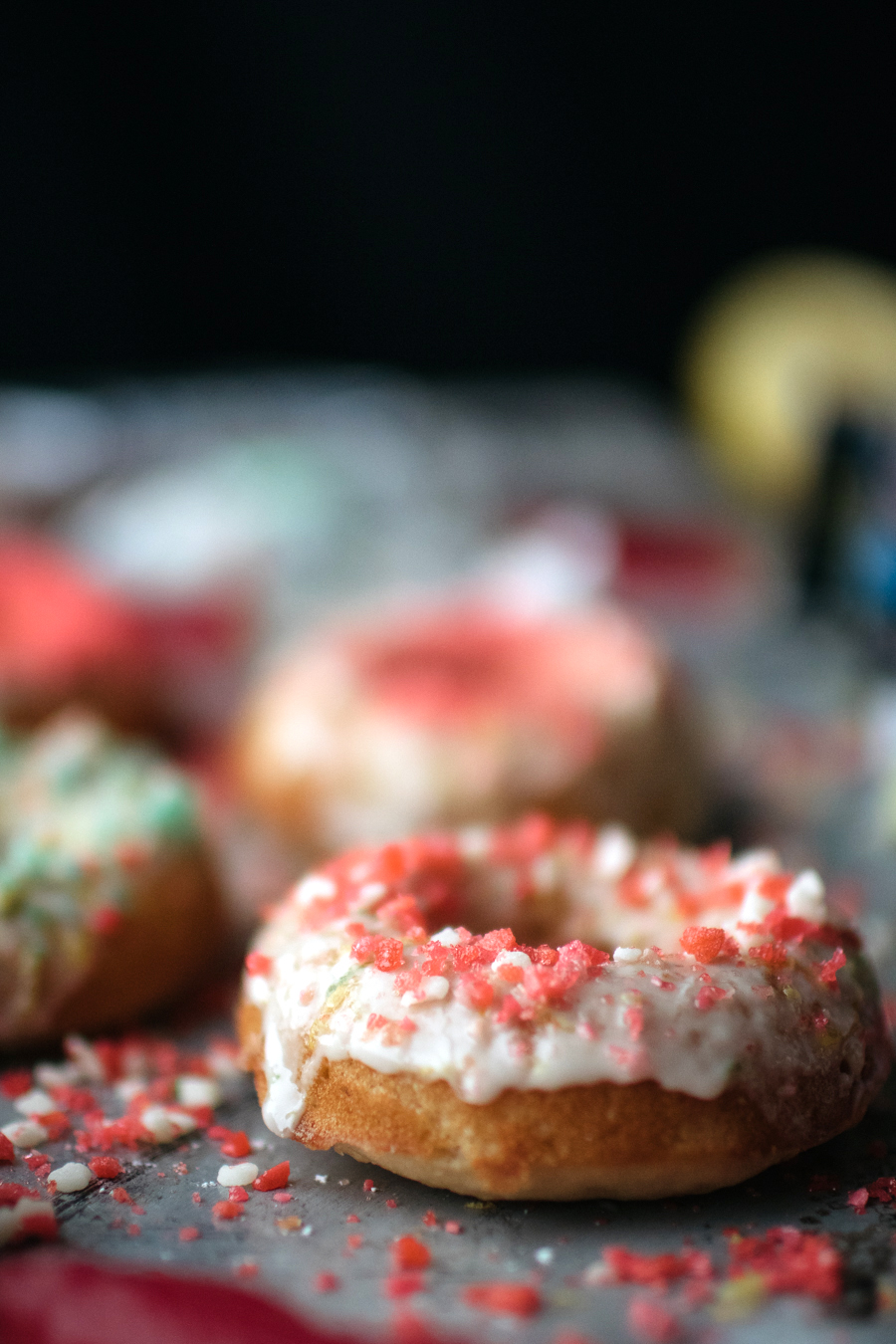 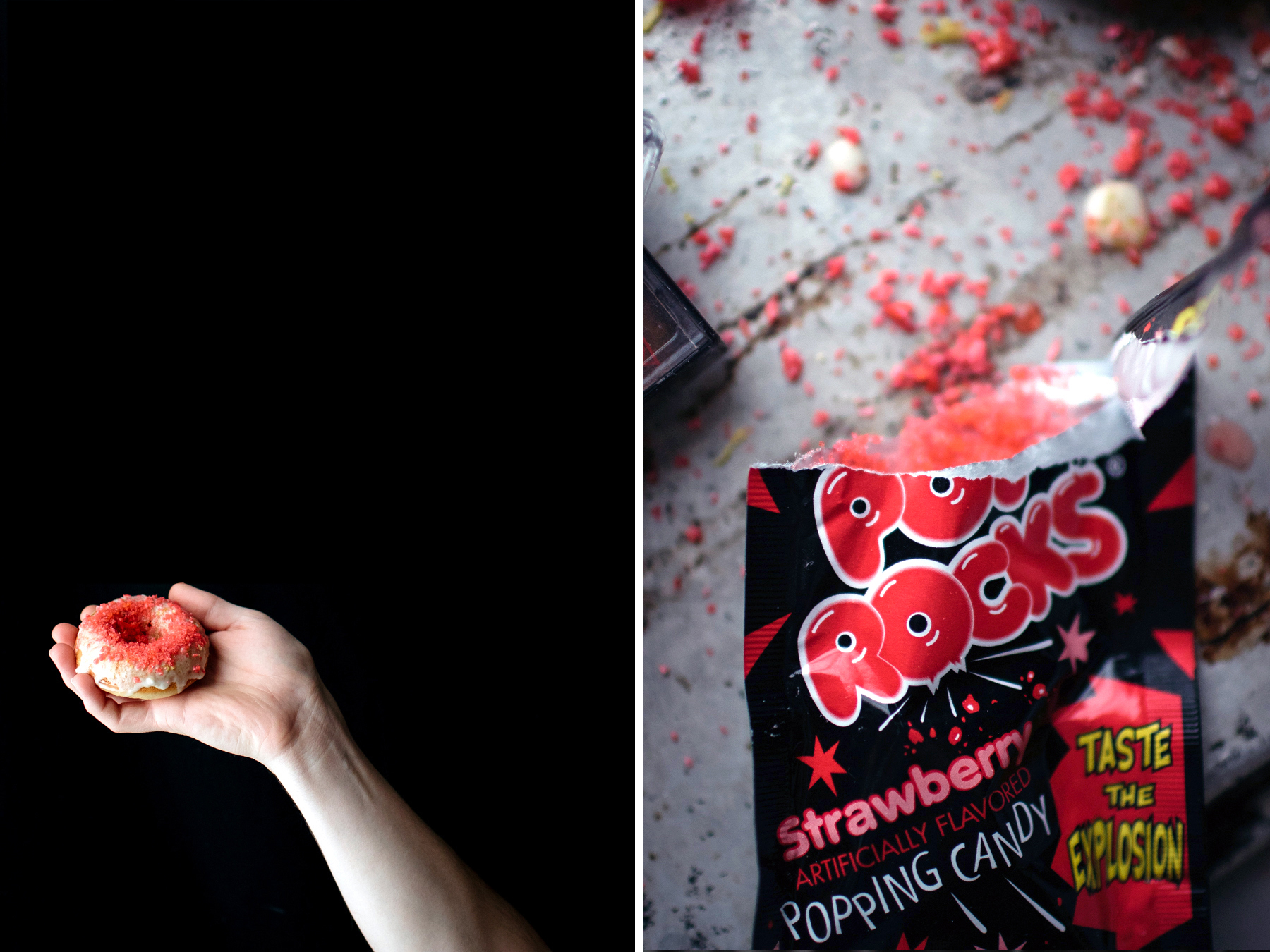 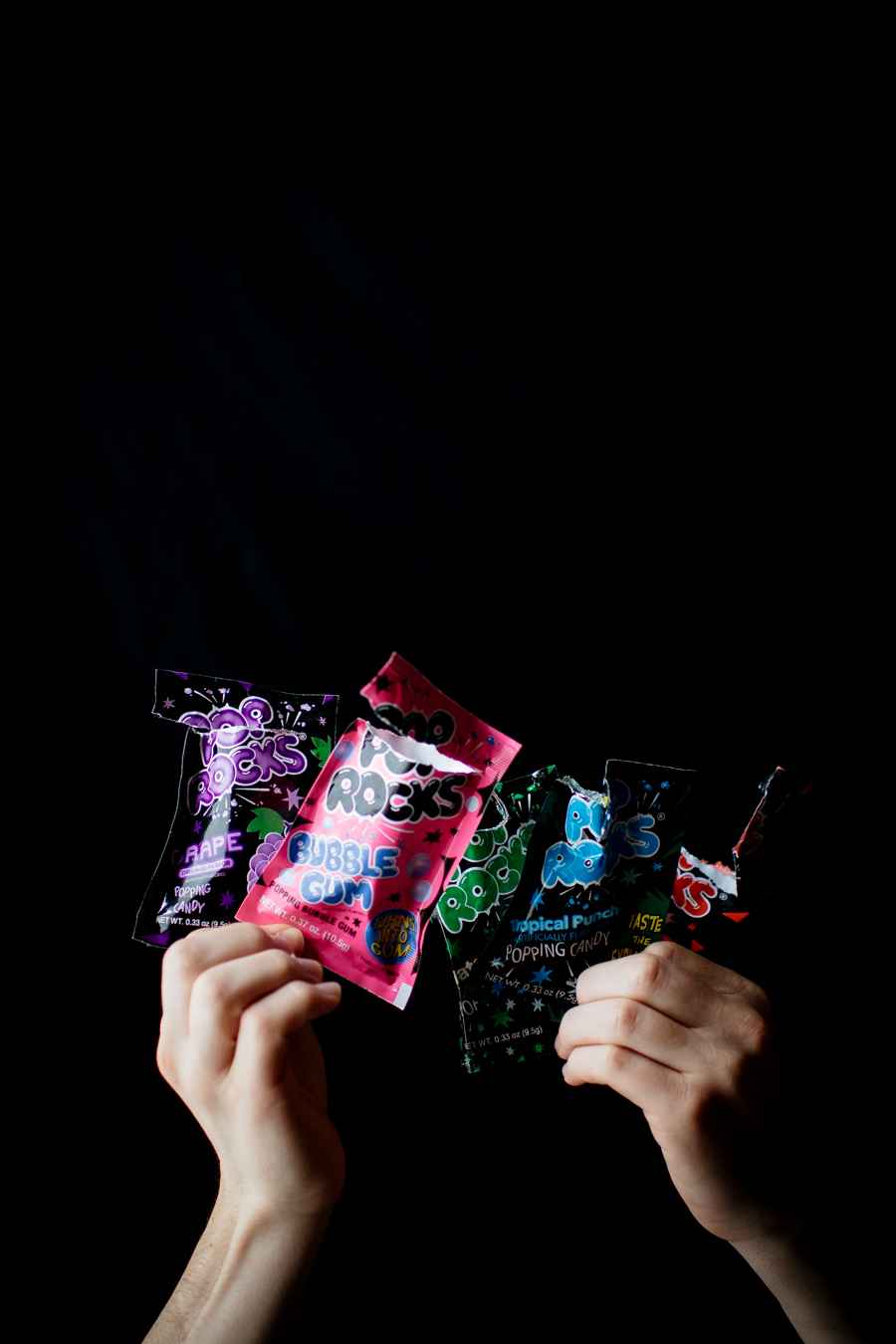 Happy National Donut Day! These donuts are a tribute to my favorite past decade: the 1990’s and this scene from Empire Records. Being a kid in the 90’s, growing up watching my three older siblings and three older cousins (all of who lived with us when I was a kid) discover 90’s music, fashion, and lifestyle while I was too young to immerse myself personally, made me in awe of the whole decade’s aesthetic. In middle school, I would watch Empire Records on repeat and daydream about the day I could pull off flower skirts and fuzzy crop tops while hanging out with all my friends at our local record shop.

Instead of being that trendy alternative teenager I watched constantly in movies and in my older siblings, I was just a kid in the 90’s so my real experiences were closer to being a wolf t-shirt wearing, candy eating book nerd. My parents let us eat whatever we wanted (backlash from their parents restricting their diets) so I ate a ton of candy and drank gallons of soda pop. It’s strange to think about that now as I hardly touch any sweet that isn’t handmade and can’t remember the last time I drank a whole soda but that is how it was back then: it was the 90’s and I was a sweet tooth spoiled kid! 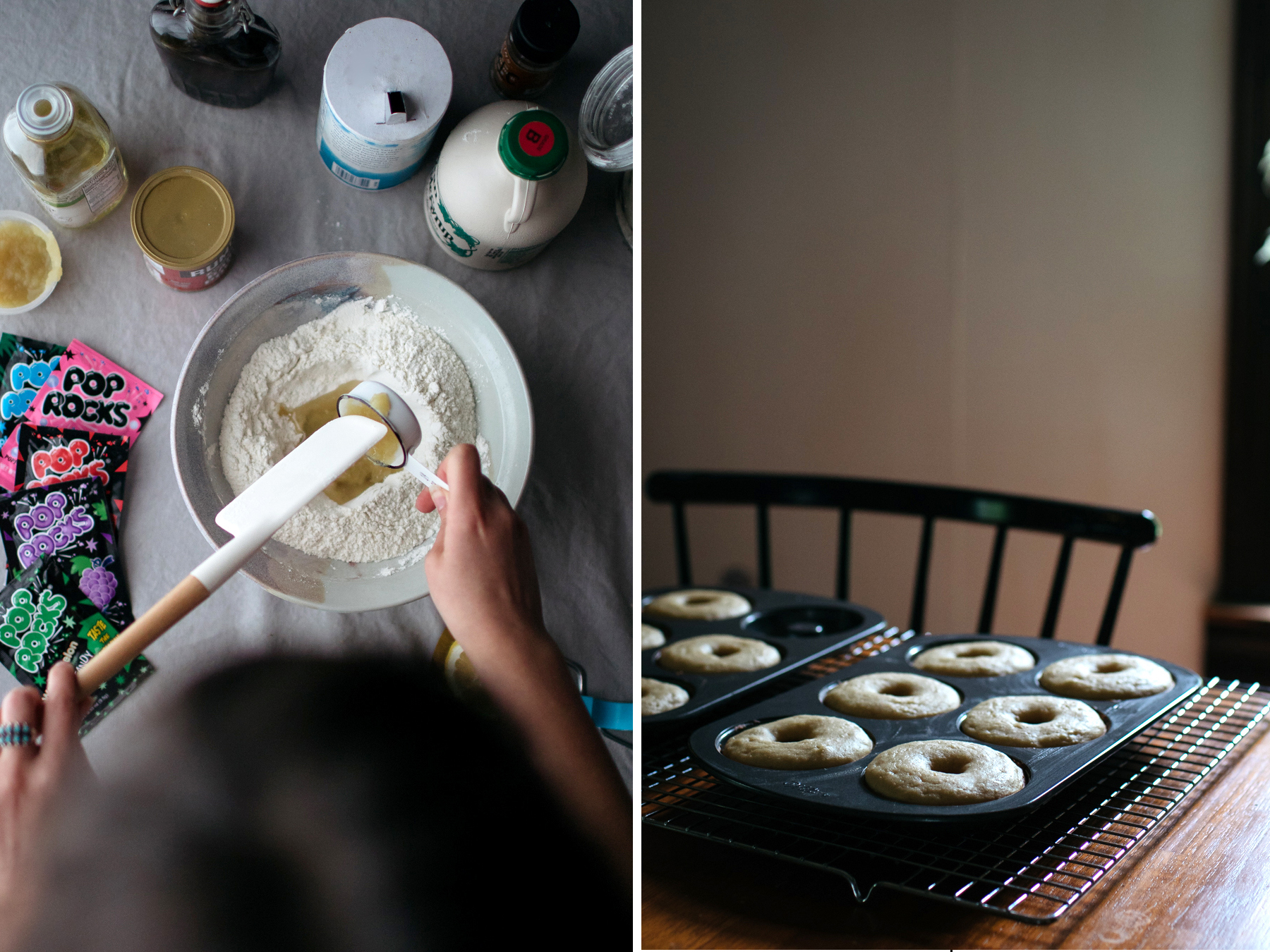 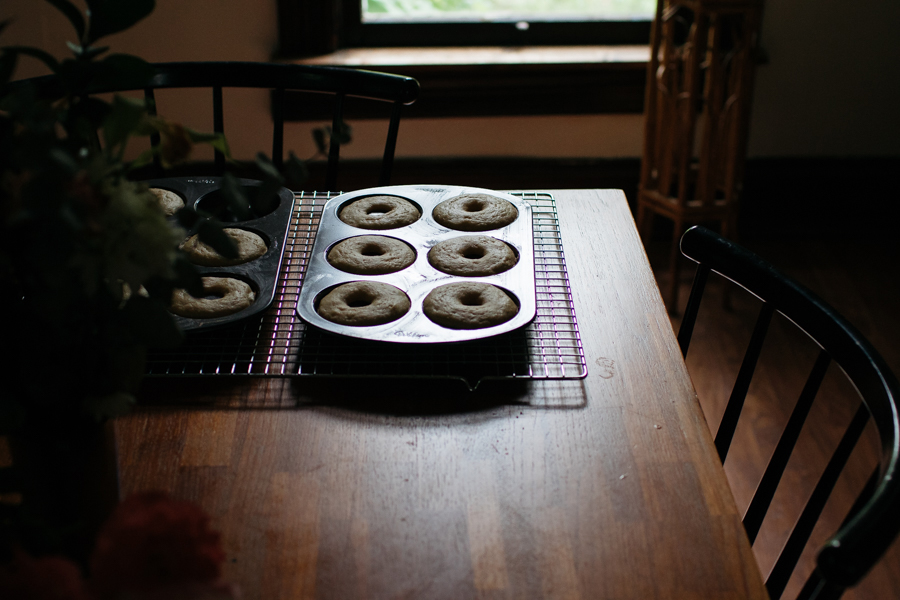 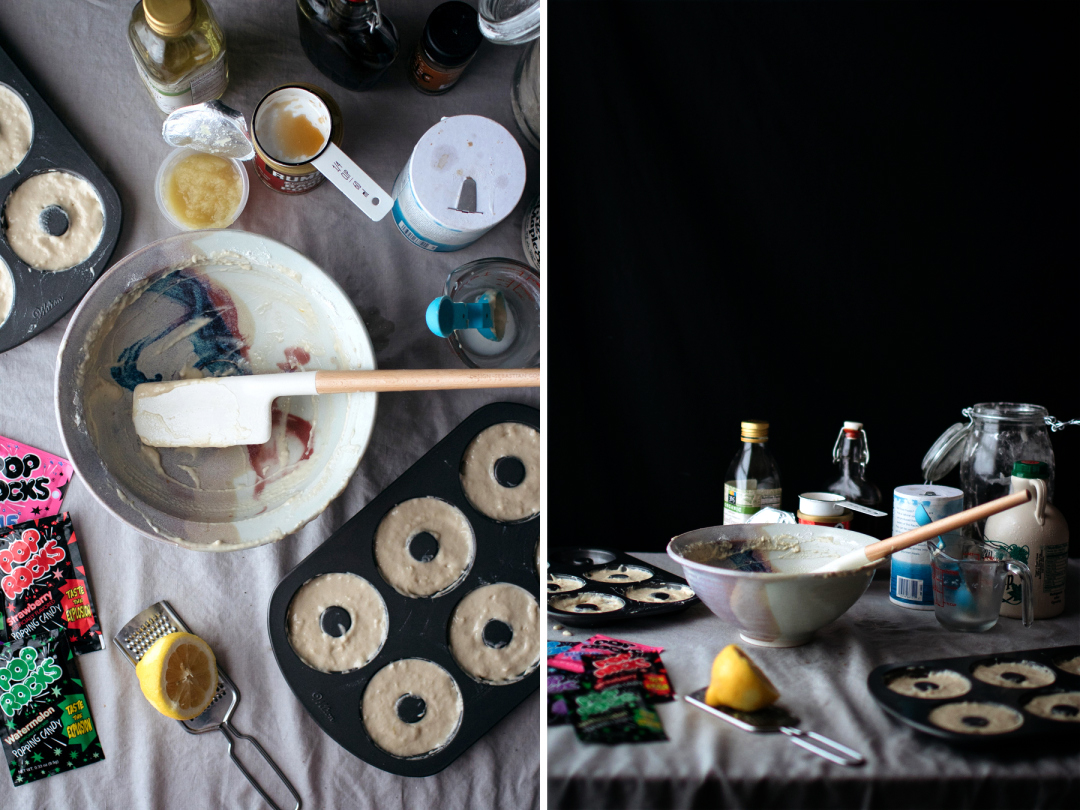 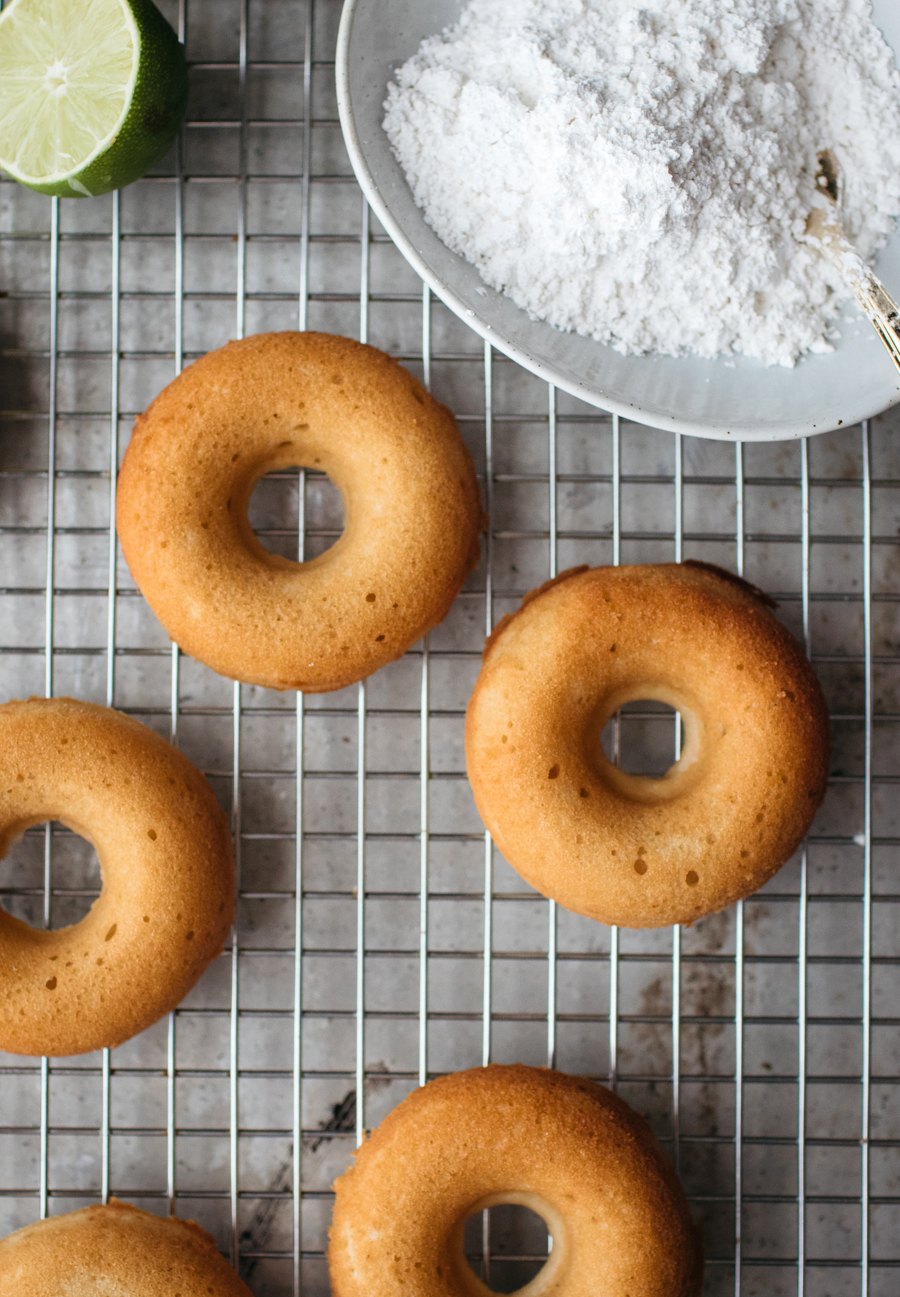 These donuts are the perfect treat for your next 90’s themed party or even when you are just craving a sugar high. Make sure to not put the pop rocks on the donuts until right before serving because they will will become soggy if left to sit in the glaze for too long and won’t give you that fizzle. Assuming you’ve had pop rocks before (and if you haven’t – you need to change that immediately) then you know that sensation that occurs when they reach your tongue and if left to sit out too long then they won’t pop in your mouth.

For any of you not familiar with pop rocks, it’s time you got acquainted right away. You should head to your nearest candy store and scarf down a pack before watching this video as you will have SO many questions after you’ve tried them for the first time.

As for surge soda, I have fond memories of always getting that drink when we would vacation in Michigan because it wasn’t available in Indiana which only made it more appealing and mysterious. My older brother told me it was illegal in Indiana because the drink was filled with too much sugar and I, of course, believed him and only admired the drink more for it’s mysterious nature and the novelty of only getting it at certain places. If you aren’t familiar with sugar, feel free to think of these donuts as having a mountain dew glaze as it’s the same lemon-lime flavor I was trying to replicate here. 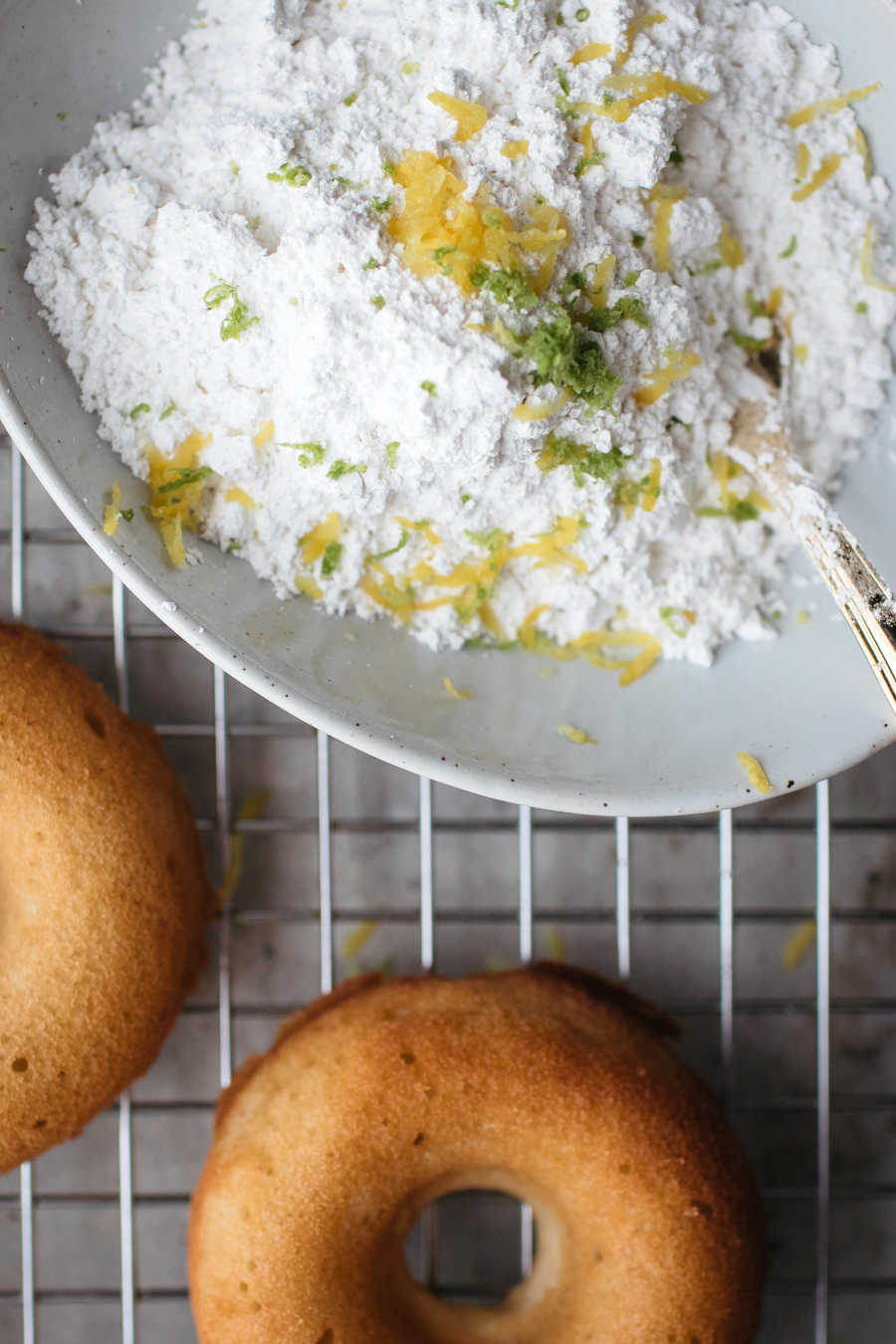 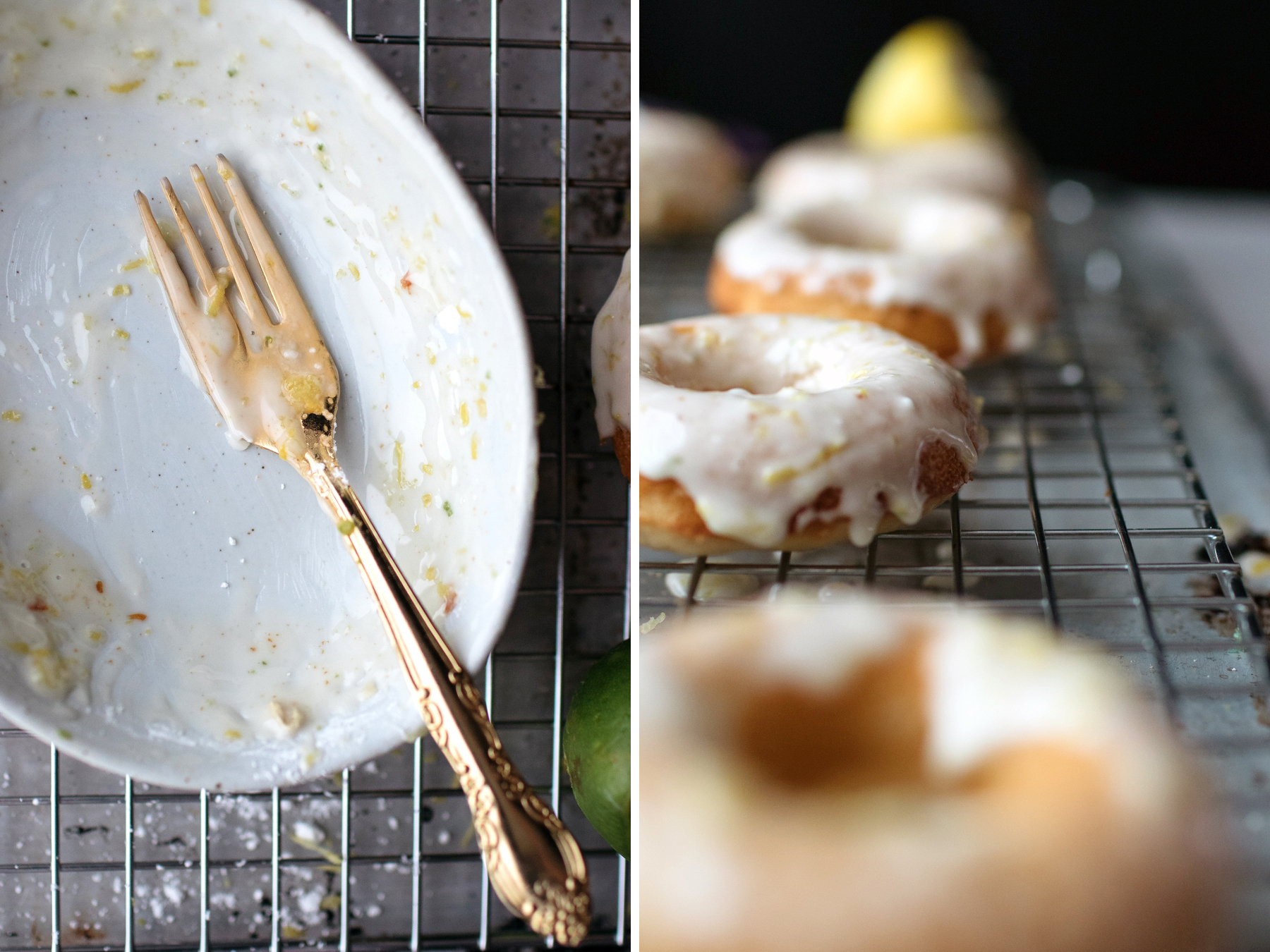 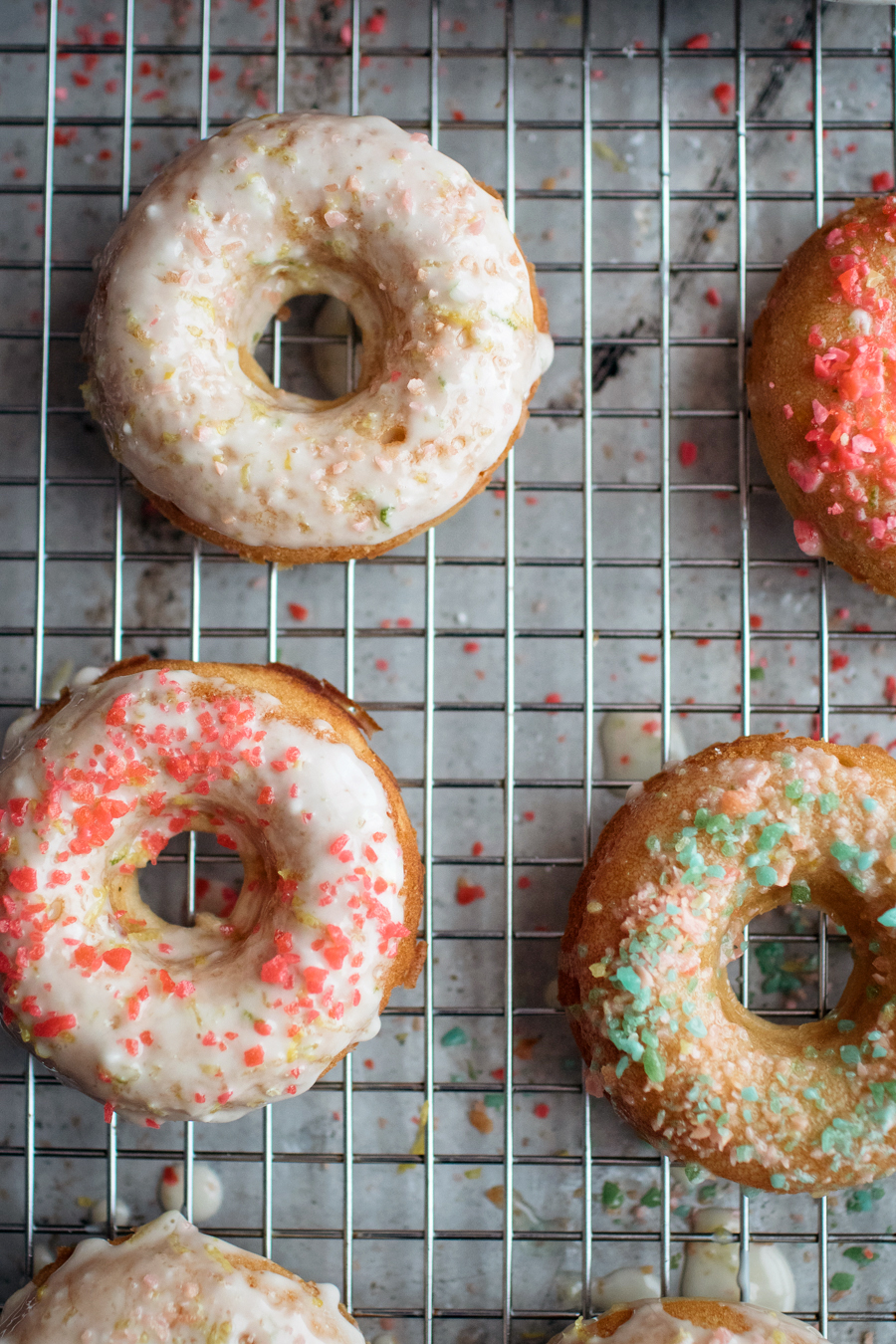 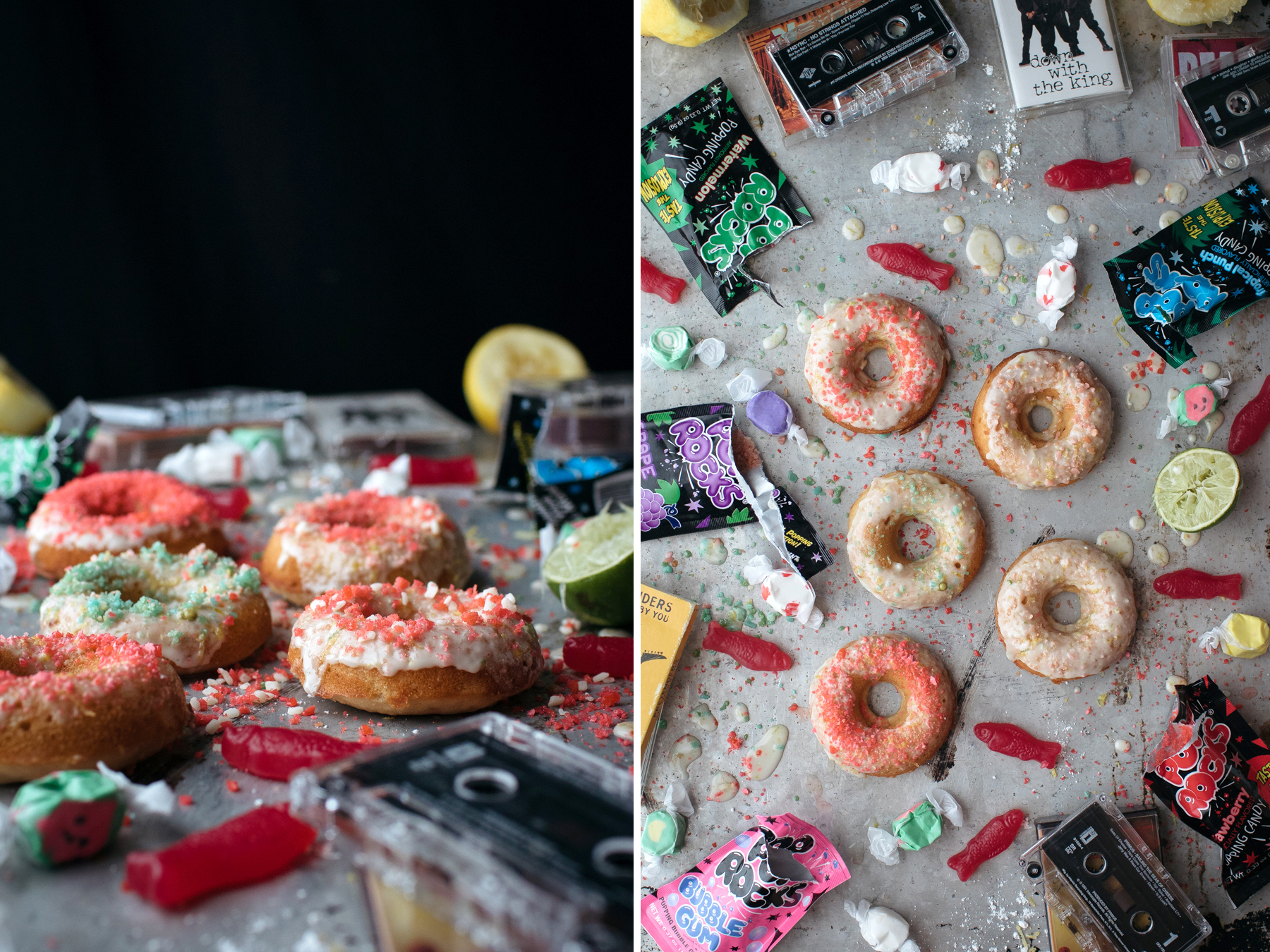 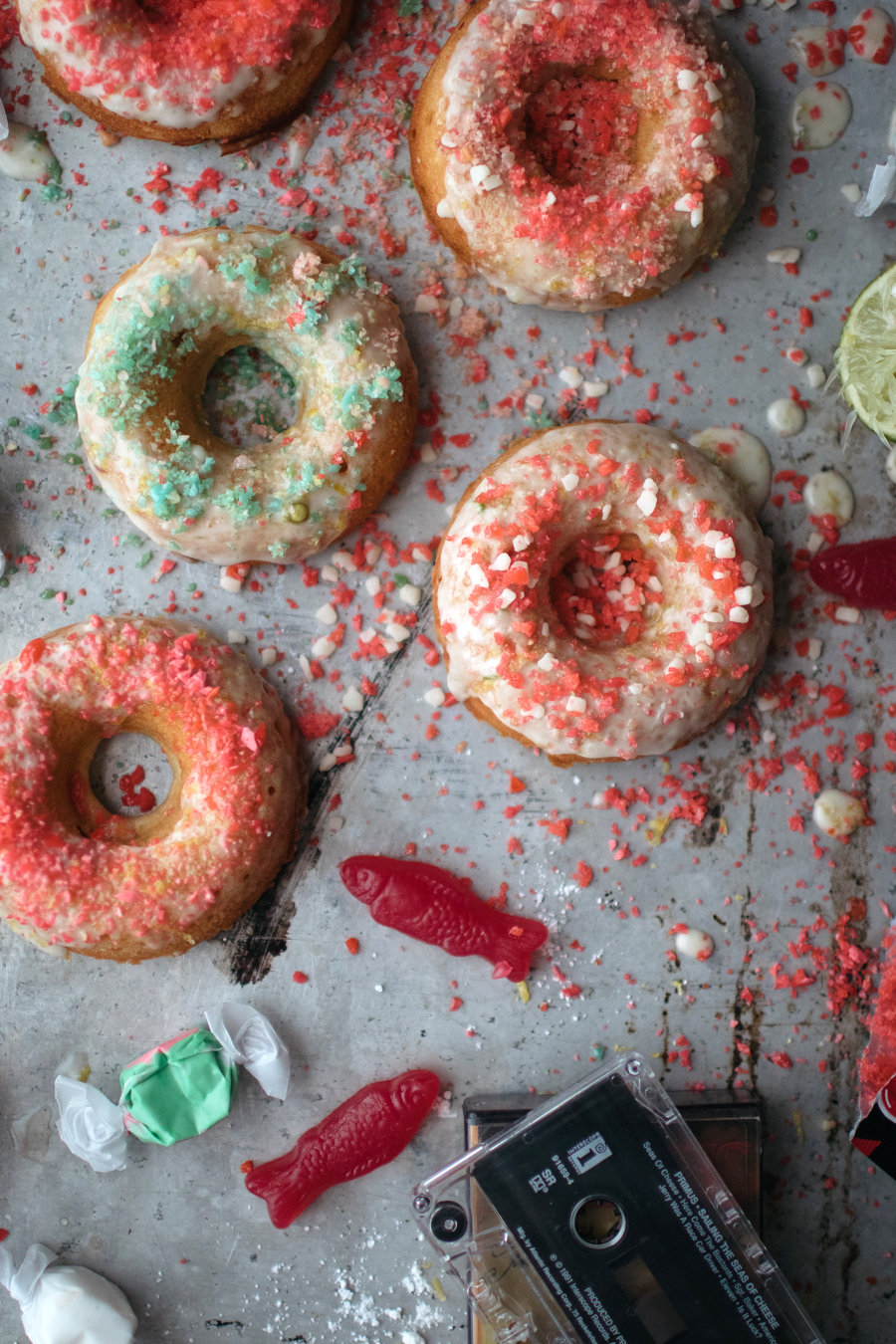 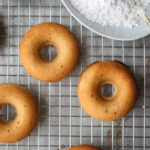 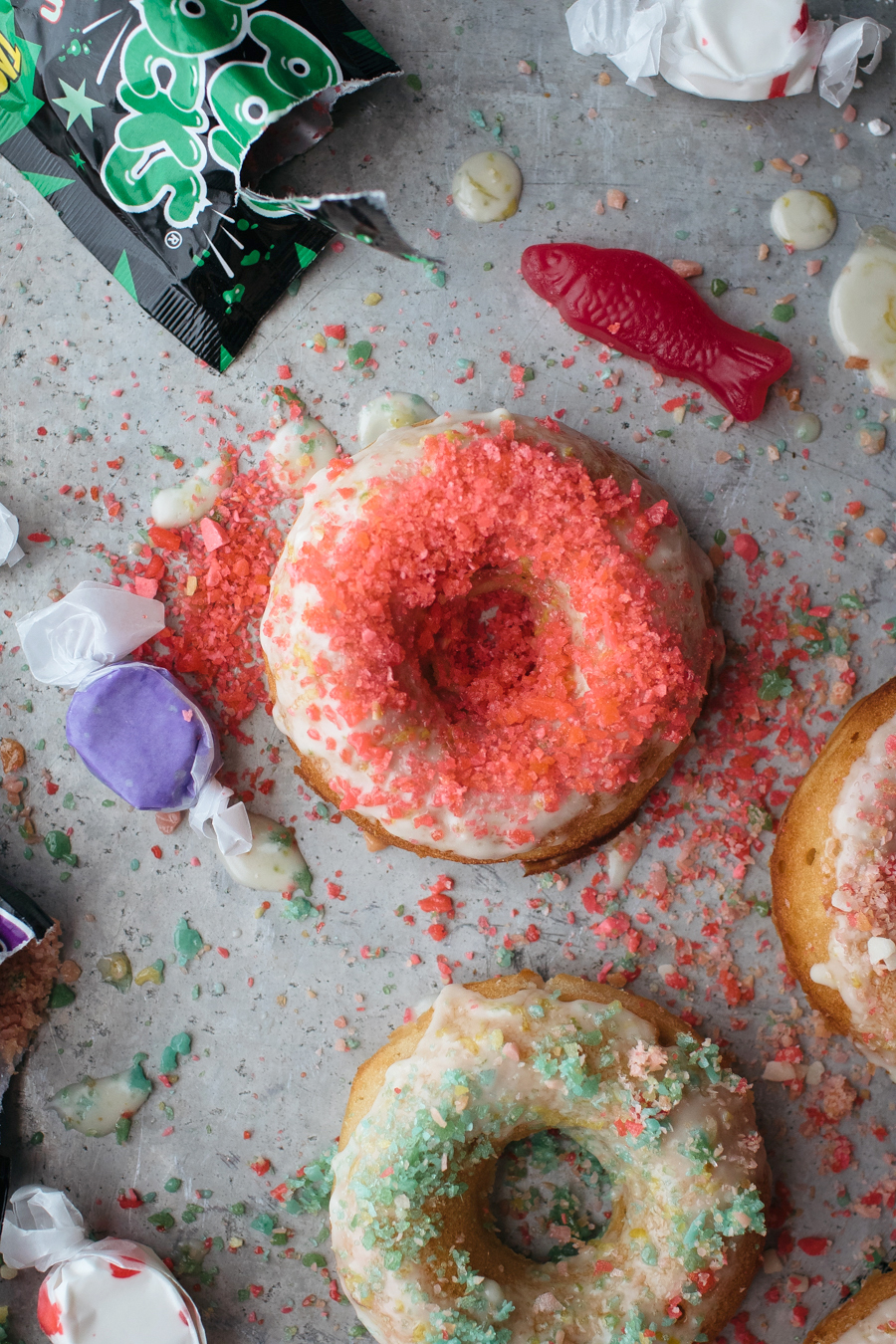