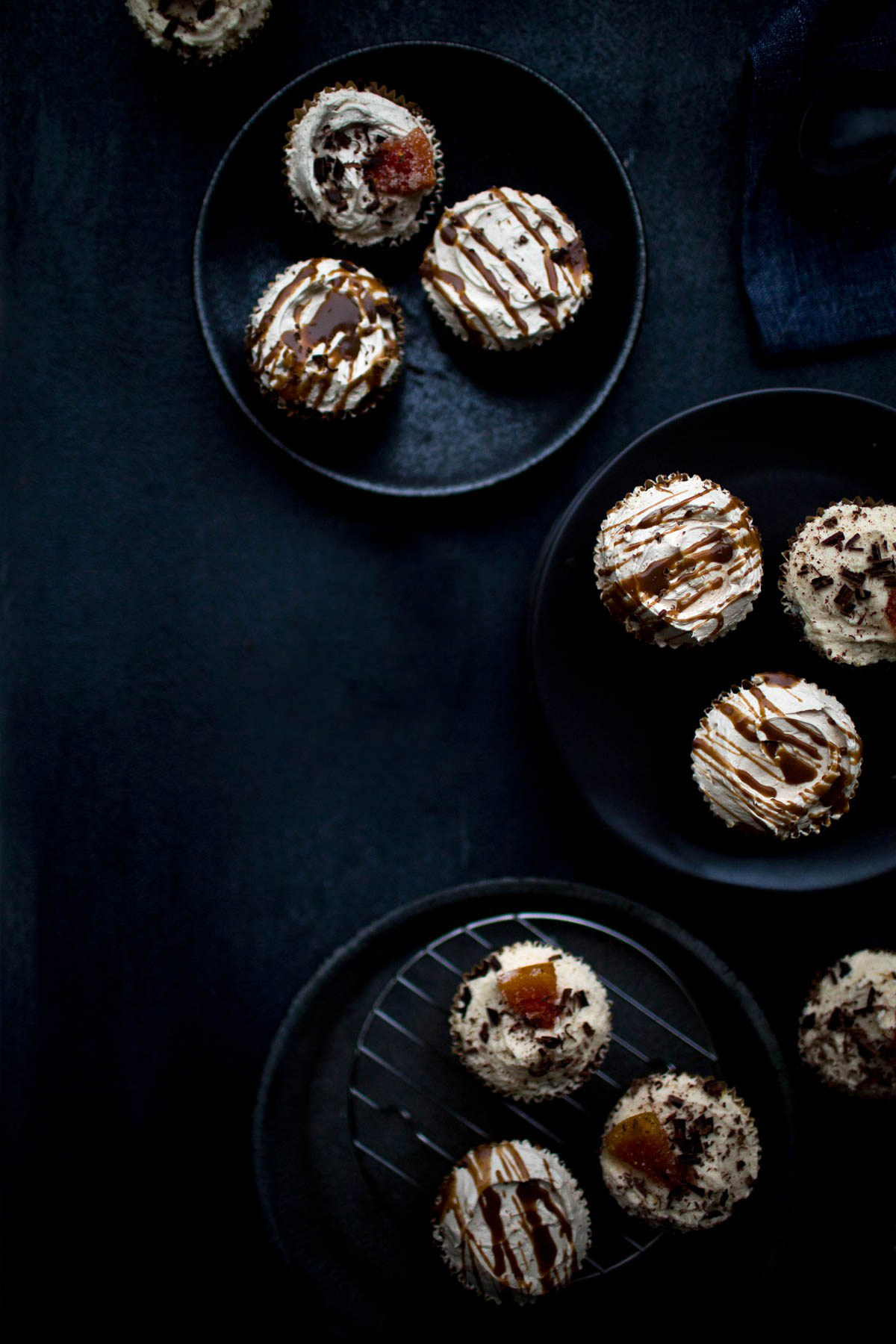 These Vegan Chocolate Grapefruit and Dulce de Leche Cupcakes for the perfect vegan treat for any celebration – rich, chocolately, & full of citrus!

My favorite part about making these cupcakes is that, for the first time in 2016, it was warm enough to open the kitchen windows and let both the sun and breeze trickle in. I feel like these photos are pretty on point with my mood while making these – starting to see the glimpse of warmth and light that spring brings while still chasing the moody light of winter. I obviously couldn’t pick a mood here so I have both moody and bright photos this time around.

Renee introduced me to vegan Dulce de Leche two years ago and I’ve used it on numerous treats since. Every time I’m bummed that it’s not berry season or apple season, I remember this sauce and how it’s flavors are perfect for any time of year. You’ll probably have leftover sauce after drizzling on these cupcakes and I’d recommend drizzling it over your morning granola or evening helping of ice cream. 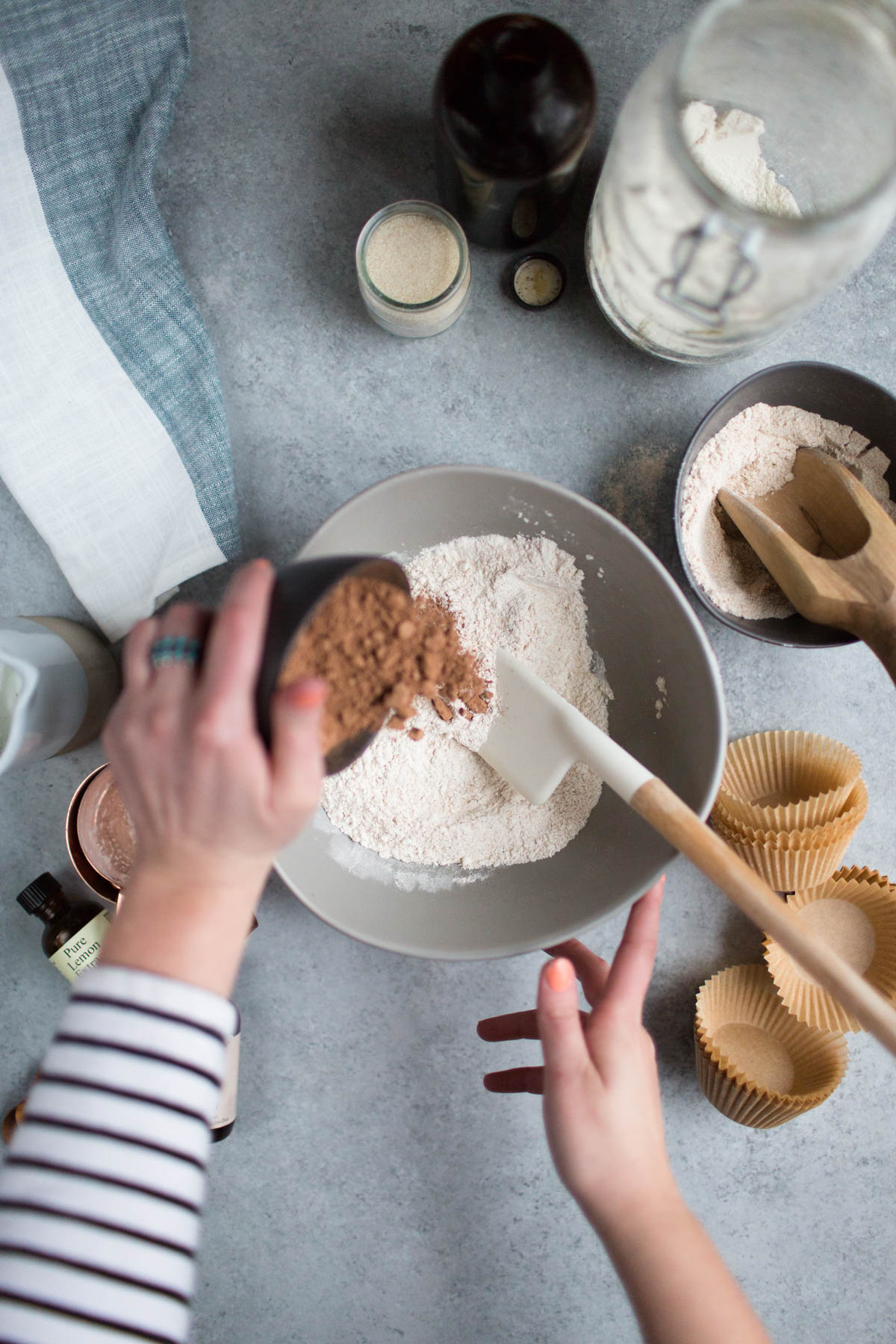 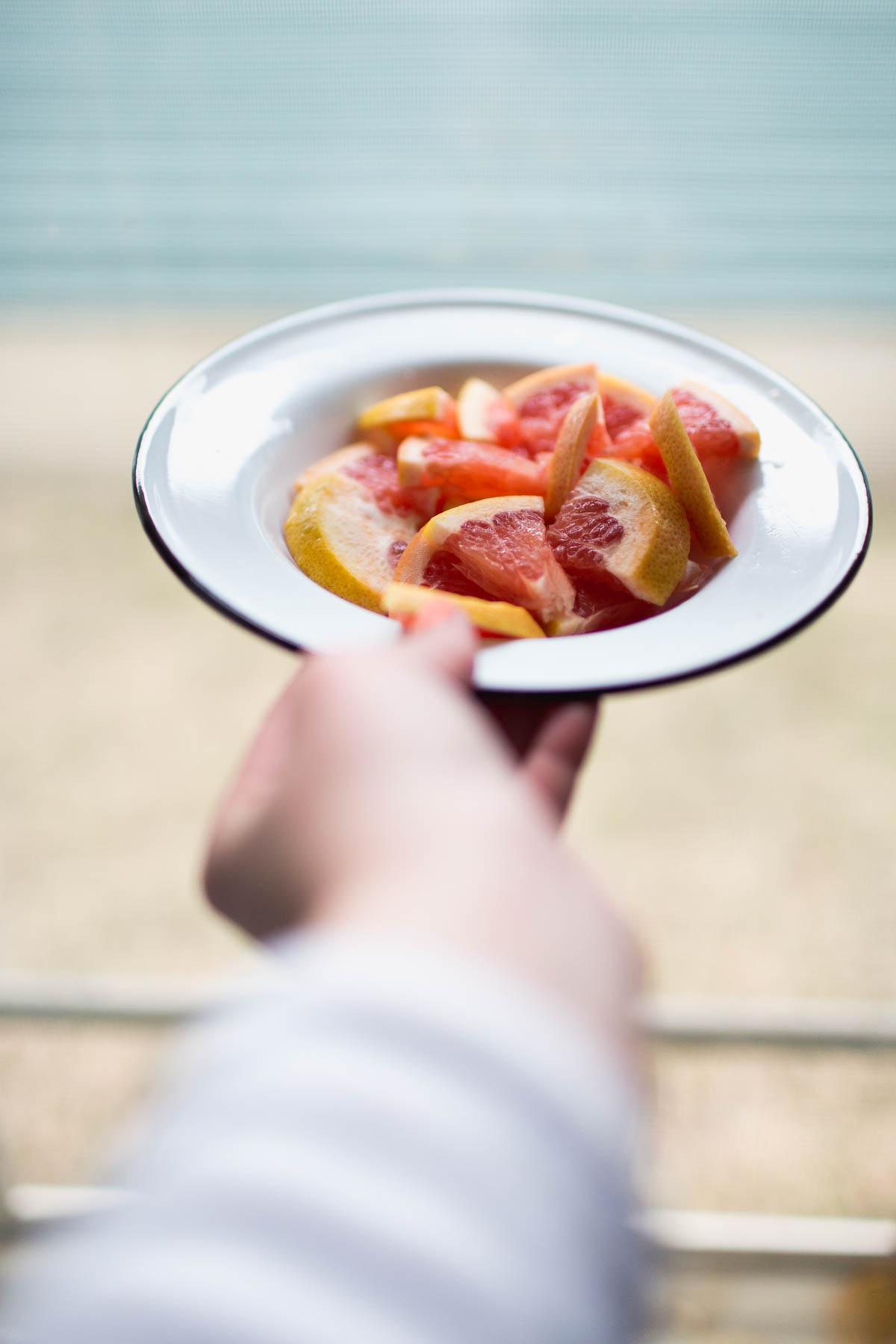 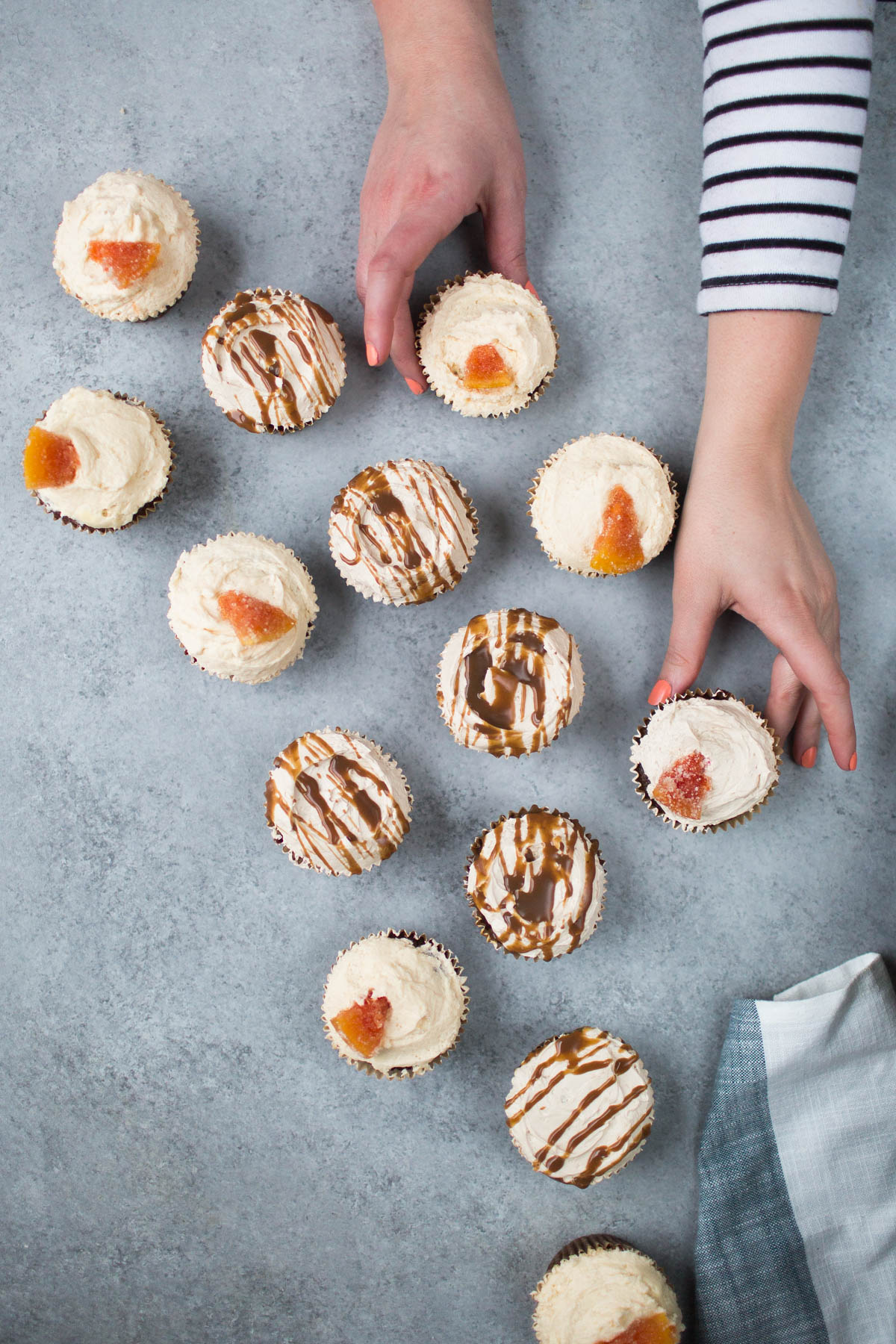 These cupcakes are so delicious that you won’t even notice the dairy missing from them. The chocolate grapefruit has the flavor marriage of a creamsicle and fudge pop (in the best way possible). It’s tart from the citrus with slight bitter tones found in the chocolate, neither of which are overbearing because of the overall sweetness of the cake. The Dulce de Leche is made with coconut milk which does give it a slight coconut flavor that may come as a surprise to whoever is indulging in their first bite but the texture is so velvety that I wouldn’t recommend using anything else.

In the recipe below, I give instructions for how to make 24 cupcakes with enough icing (between the two flavor combos) for all 24 cupcakes. If you are looking to just make the Grapefruit Chocolate or the Dulce de Leche then make sure you double your mix-ins (so use twice as much coffee extract or grapefruit zest) so there is enough to cover all the cupcakes. You could also add a teaspoon of lemon extract to the cupcake batter if making all grapefruit cupcakes or a teaspoon of coffee extract if making all Dulce de Leche (I decided to opt for not adding either since I wanted to to use the same batter for both and I didn’t think coffee and grapefruit would make the best combo). Also, I made the Dulce de Leche the night before, to save on time, and stored it in an airtight glass container in the fridge until I was ready to use it. 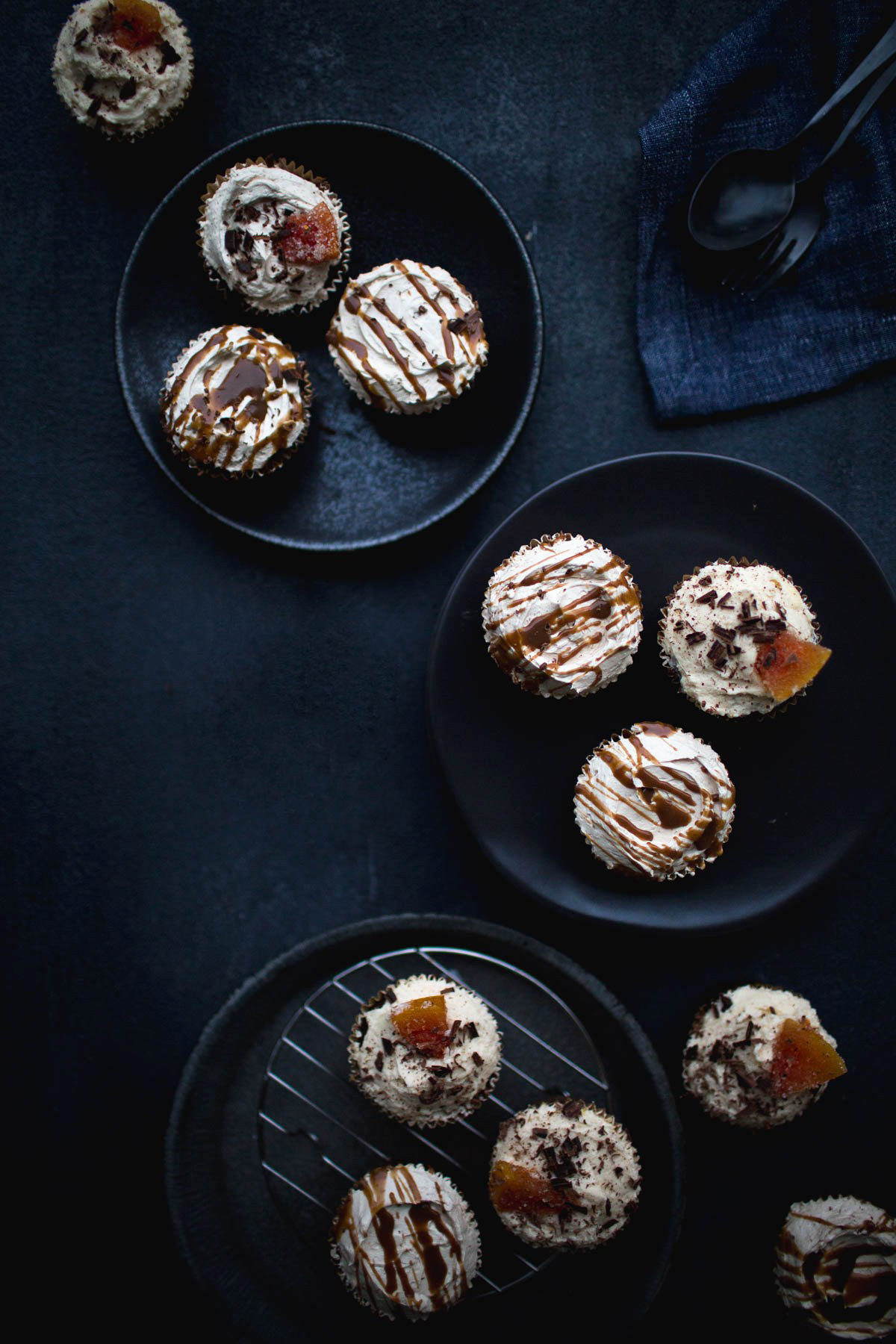 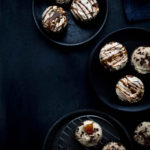