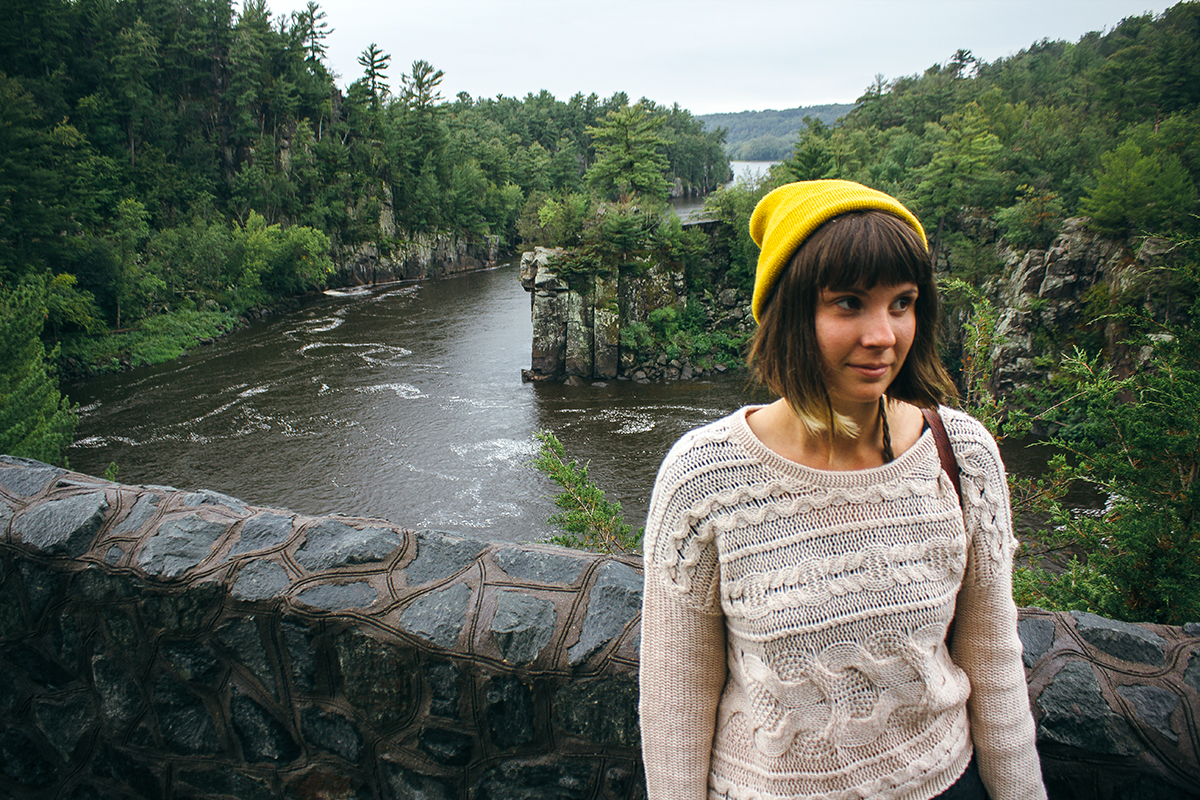 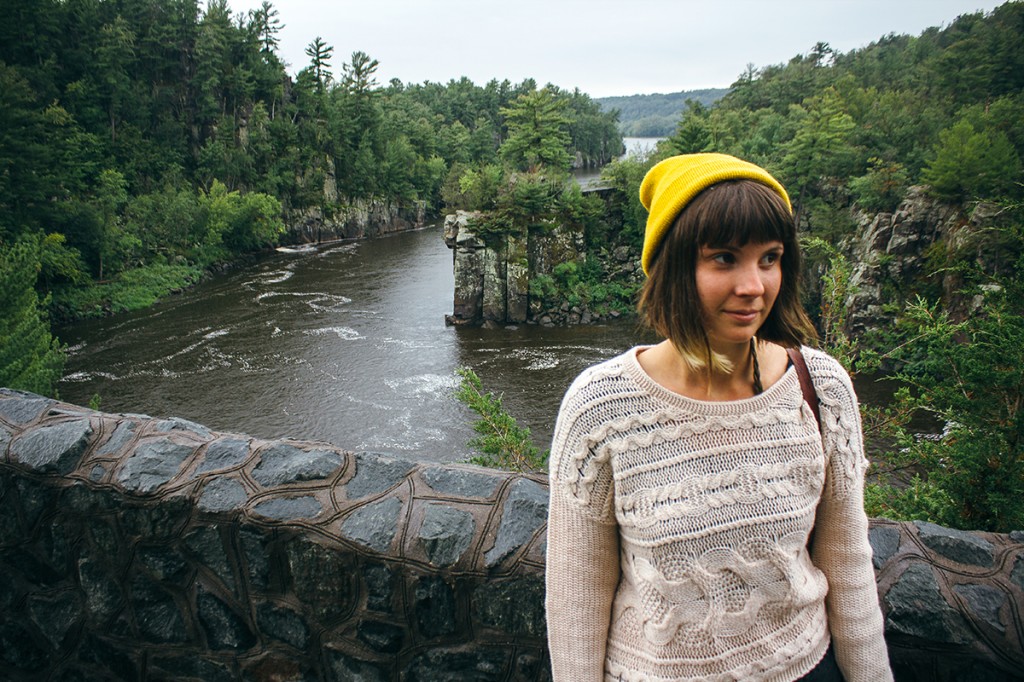 I’m currently on vacation in the most luxurious cabin on a small lake in Wisconsin. It’s Wyatt’s aunt and uncle’s cabin and can house anywhere between 12-15 people so we are feeling like we’re living in a mansion here by ourselves. It’s been a blast with a mix of hiking in the sunshine and reflecting / reading during the rain. With my 25th birthday being this week, I’ve been thinking an awful lot lately about what getting older means to me and if I’m still as terrified of it as I was at 22. Yes, I’m horrified by the thought of having to go to the doctor every few months to keep my body from falling apart and of losing my incredible metabolism but, at the same time, I’m also excited about continuing to mature and figure out this crazy thing we call living.

I spent the long 8 hour car ride up here reflecting on how my life has changed since I first stepped into my 20s five years ago and would like to share some of the things I’ve learned along the way with you:

1. You are who you surround yourself with. This one was something that became so clear to me when I dropped my druggie high school friends for highly creative and motivational college buddies. Spending a Saturday night hosting a potluck and playing board games was so much more rewarding than playing video games and getting drunk in friends’ basements. I learned that there are people out there that do get as excited as me about trying a new vegetable and not just about their newest weed blend. Going from living with people who spend every night hosting “ragers” to living with my highly motivated musician boyfriend was also an eye opener. He spends every extra waking moment working on music which only motivated me to work on my passions as I see him dedicate his entire self to what he loves and wants to become.

2. You don’t have to like everyone. This one was hard for me – it felt like if I was going to be around someone then I really wanted to be their friend. I’ve come to realize that putting a lot of energy into trying to force a friendship is a lot of wasted time and it’s okay to find someone completely talented and work with them on a professional level without feeling the needs to go get drinks with them afterwards or on the weekends.

3. It’s not about where you are but what you do while being there. I was, like every young ‘adult’ getting ready to graduate from college, obsessed with moving to the coast. I was sure that I was meant to move to Portland or San Francisco after I received my degree and never come back to Indiana. However, when the time came to move – my mother talked me into visiting these places for a few days first to make sure I wasn’t making a mistake. She, like all parents, was nervous about me moving to a new place without a job (market) when I had already been offered a full time job in Indiana. When I actually flew out there, I realized that San Fran was much too large for me and Portland…well Portland was amazing (ha). Despite Portland being an amazing place to visit, I spent a few days with Wyatt’s inviting friends which showed us a blast of a time by taking us to some great dive bars and brunch spots. I was totally in love with Portland but was a little bit taken aback by the idea of me in Portland. Wyatt’s friends had been living there for a few years now but were working as servers and in resteraunts. Back in Indiana, we had a full fledge career already starting in the industry (music industry) of our dreams. We decided to stay in Bloomington for a year to test it out and have been here since for 3 years. I’ve watched many of my friends lose interest in their passions as they are gobbled up by large city activities and I feel lucky knowing that I’m able to put hours into VV and Driftless since I don’t have a 2 hour commute a day or rent that costs 3/4 of my salary.

4. Naive can be good. It sounds silly but I’m so greatful that I dived head first into some big adventures without realizing what they would entail. For example, if I had any idea the learning curve and constant work that went into making a magazine then Driftless would have most likely never released an issue. The truth can be daunting so just going for that big dream and you’ll figure out the rest along the way.

5. You make your own opportunities. I often time have trouble sitting still and watching TV when I know I could be working on a blog post that may be the post that gets me noticed by that oh-so-famous blogger. Or I could be shooting a new article to be featured in a print issue of one of my favorite independent magazines. It took several years for VV to get off the ground but persistence with constantly photographing and recipe developing puts me one step closer to my dreams everyday. Little victories like being interviewed for Food & Wine, being nominated by Saveur Magazine, and getting motivational emails from some of my favorite bloggers are all just the small victories that help push me towards growing this little place and I know that these little victories didn’t happen because of luck – I worked my ass off for them! This also means that hopefully more opportunities will come as I only continue to develop my skills more.

These are a handful of big picture maturaties that I’ve had to discover for myself over the last few years. Although I’ve grown immensely since turning 20, I am pretty excited to see what else I learn over the last 5 years of my twenties. I’m sure life has some pretty insightful things planned for the next 5 years but I’d really love to work on growing the following:

1. Learn to lose control. I really struggle with needing to be in control (of my daily routine, my blog, my body, my attitude) at all times and get really upset when things are out of my control (even little things like the weather not going as I hoped really bums me out).

2. Learn balance. Right now I am ALL in. I go from work to magazine to blog to bed. It’s great and I stay constantly engaged but it sure would be great for me to be able to…you know…watch some TV or something without my mind wondering to my next to-do list.

Now, as I mentioned, it’s my birthday (week) so let’s eat cake!! 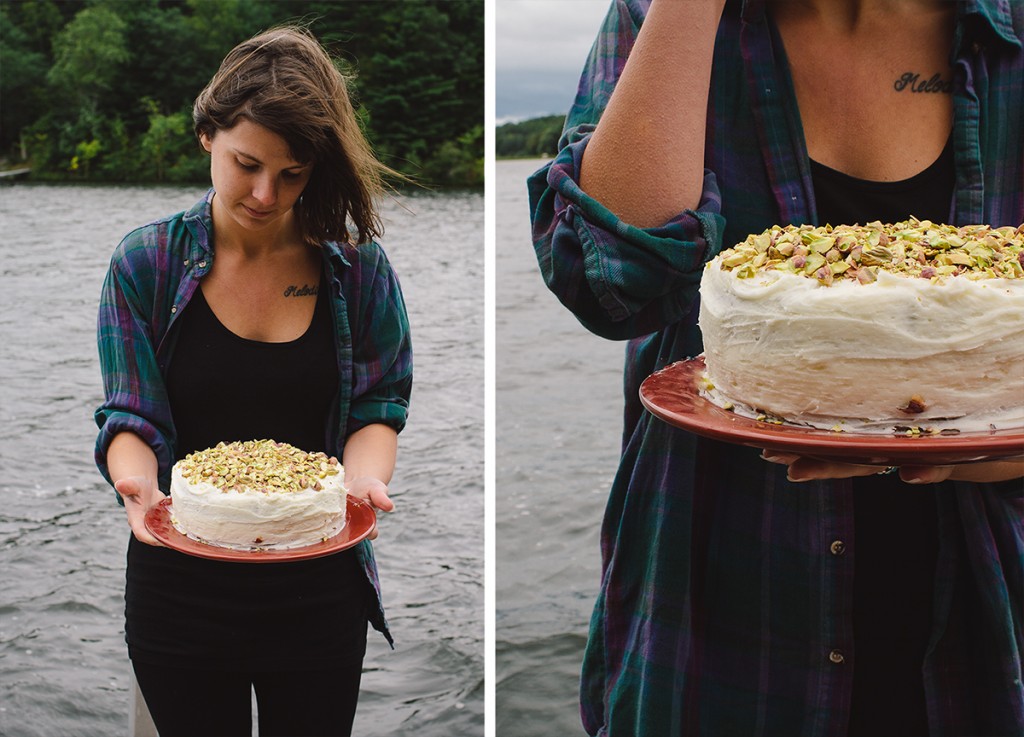 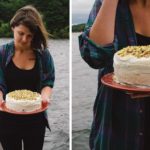 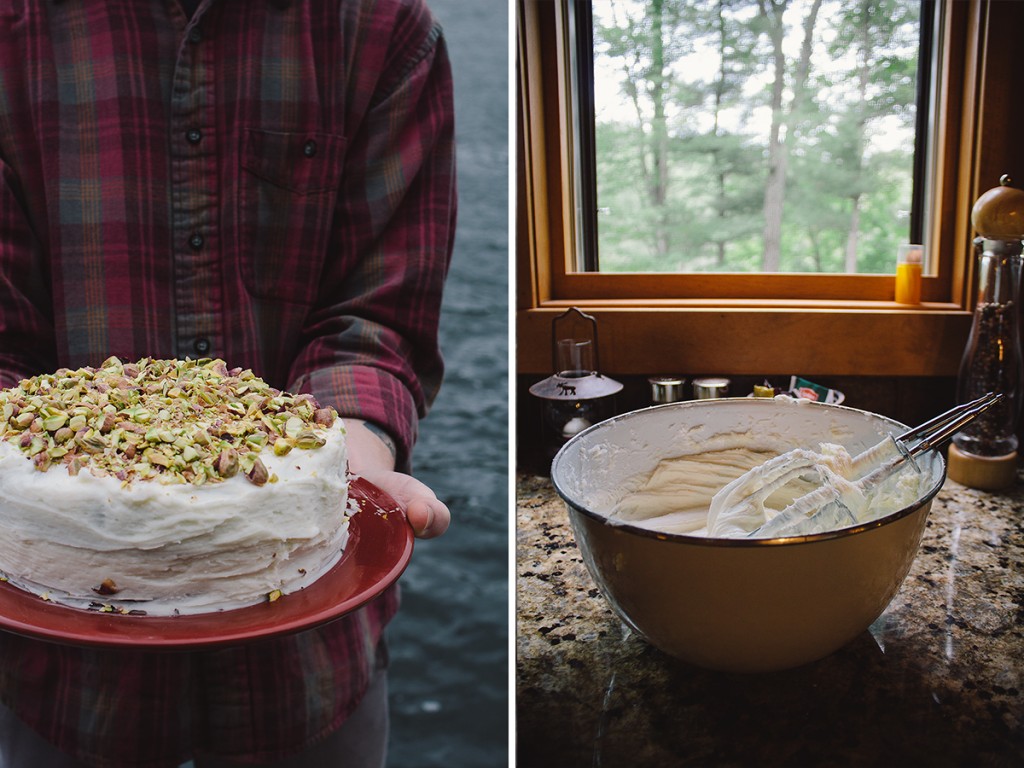 – I made this cake vegan because it was my birthday and it was what I wanted. Feel free to swap out the non-dairy items with organic dairy items if you’d prefer to.

– Also, feel free to add in an extra 1/2 cup shopped pistachios into the batter (throw them in the same time you put in the grated carrots) if you’d like the added texture in your cake. I stuck with keeping mine on the outside but that is just my personal preference. 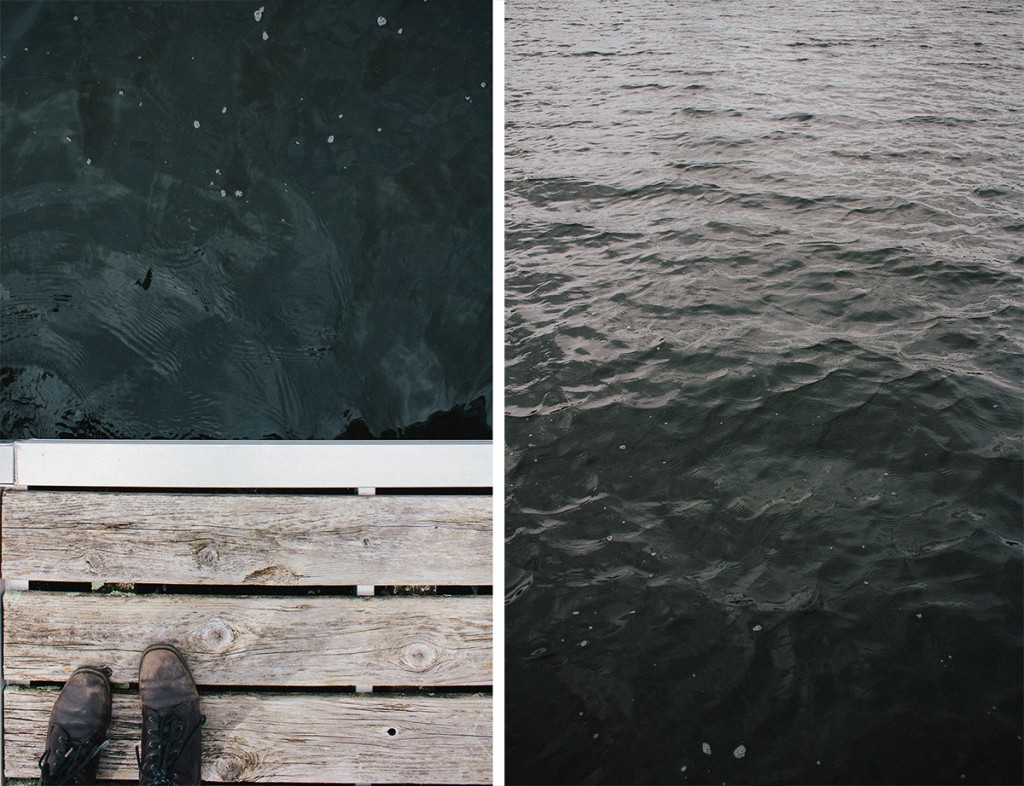