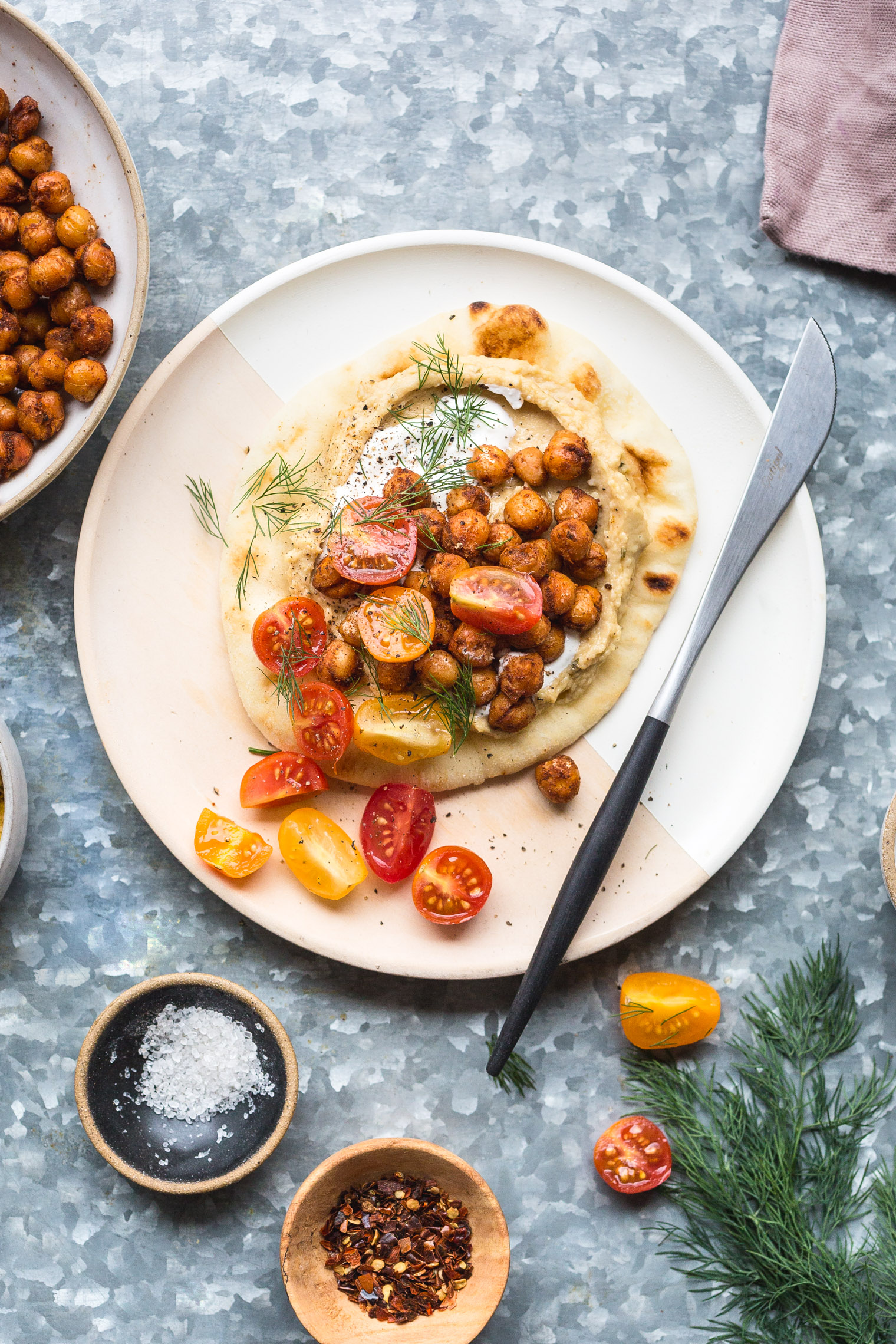 Chickpea Shawarma Flatbread from A Couple Cook’s Pretty Simple Cooking cookbook. A quick and easy vegetarian meal that can be whipped up in under 15 minutes.

Today’s recipe comes from one of my favorite blogger couples, Sonja and Alex Overhiser of A Couple Cooks. I feel pretty lucky to have two like-minded veg friends living only an hour away. We’ve collaborated numerous times over the years and I love finding an excuse cook with them in their gorgeous kitchen.

Their new cookbook, Pretty Simple Cooking, is a nice change of pace from the complicated cookbooks I’ve been receiving lately. All of the recipes are vegetarian and the majority can even be made in under 15 minutes. The ingredients are simple but produce heavy which is just what I want after a busy day of working.

This Chickpea Shawarma Flatbread took me about 10 minutes to make and kept me full through the entire afternoon. I’ll be honest, I’ve never had traditional Shawarma since I’ve been a vegetarian for so long but if the flavors are anything like this, I get why it’s so popular. The bright yogurt dill sauce compliments the spicy chickpeas perfectly while the hummus gives it all an extra protein boost. The only adjustment I made to the recipe was adding tomatoes which brought another juicy element into the mix. If you have time, make sure you warm the naan before assembling. 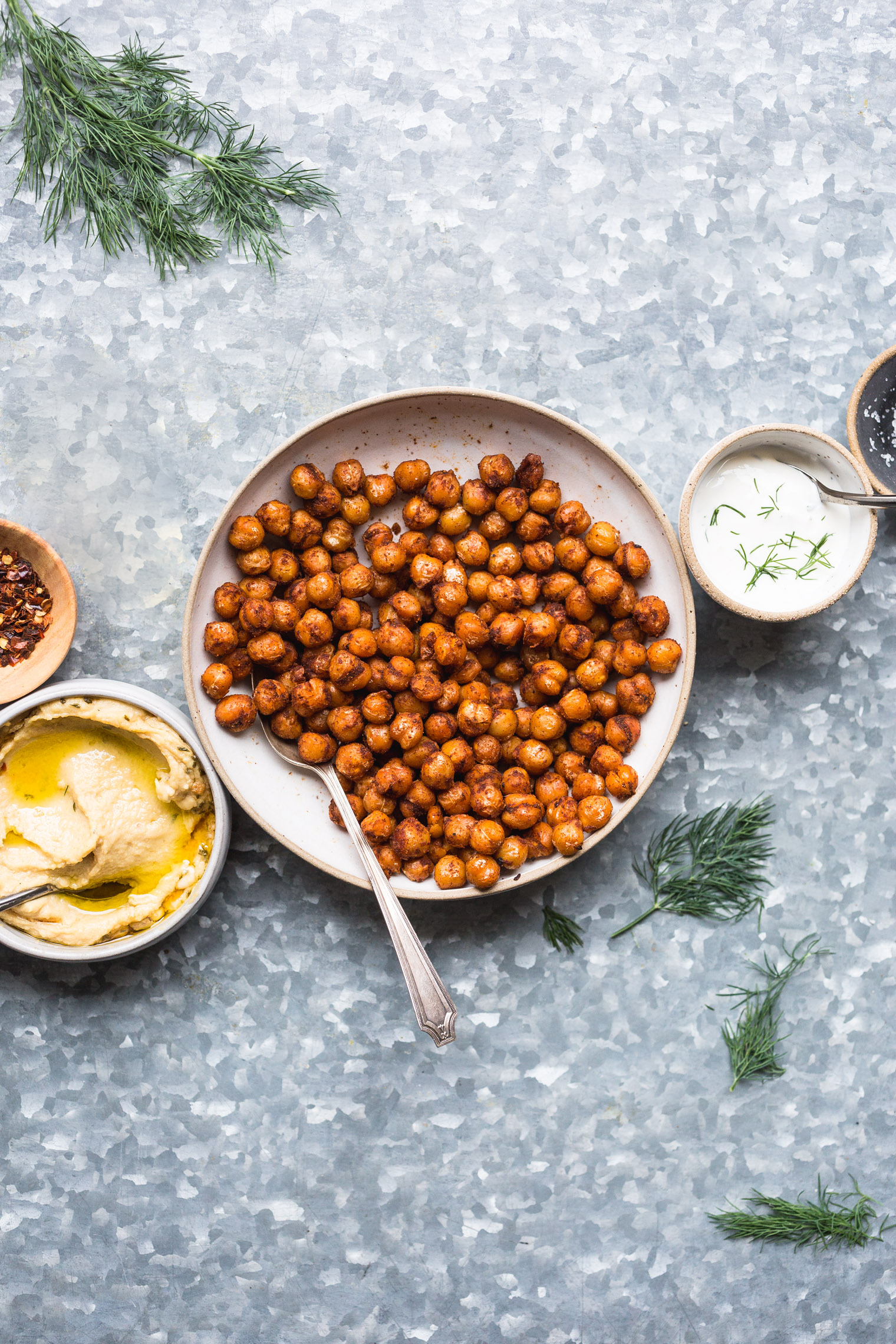 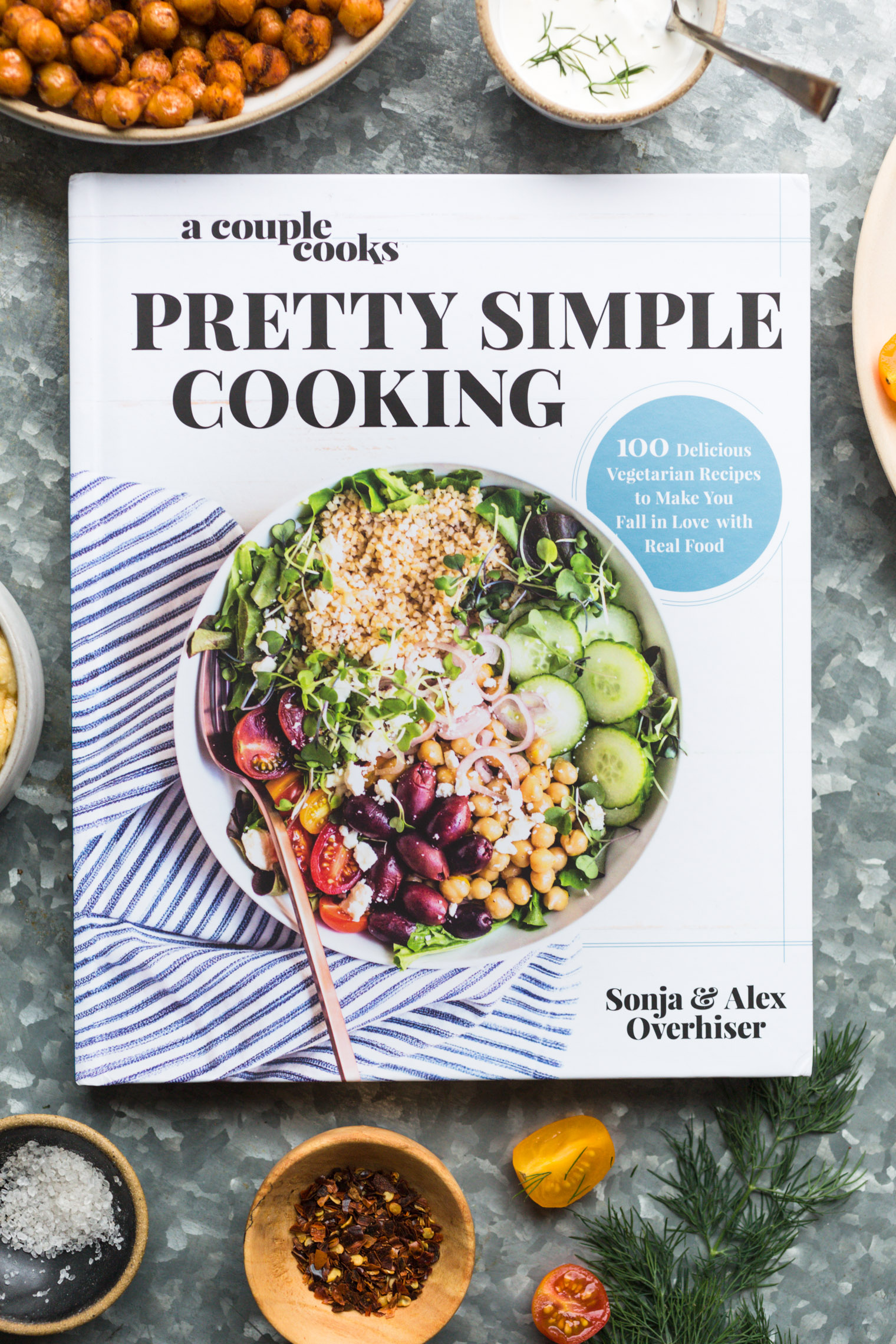 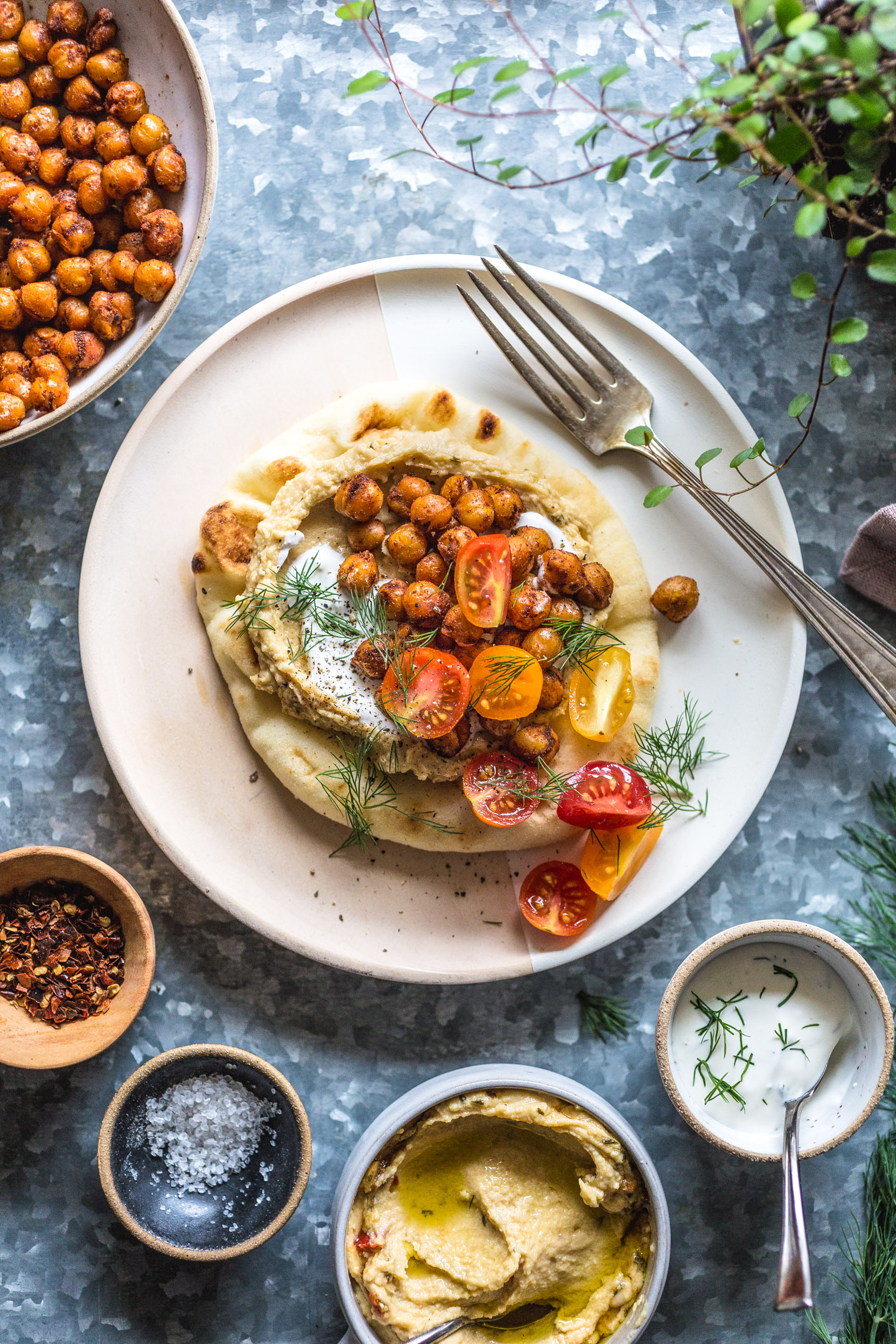 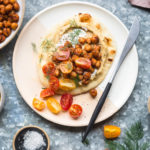 Chickpea Shawarma Flatbread from A Couple Cook's Pretty Simple Cooking cookbook. A quick and easy vegetarian meal that can be whipped up in under 15 minutes.