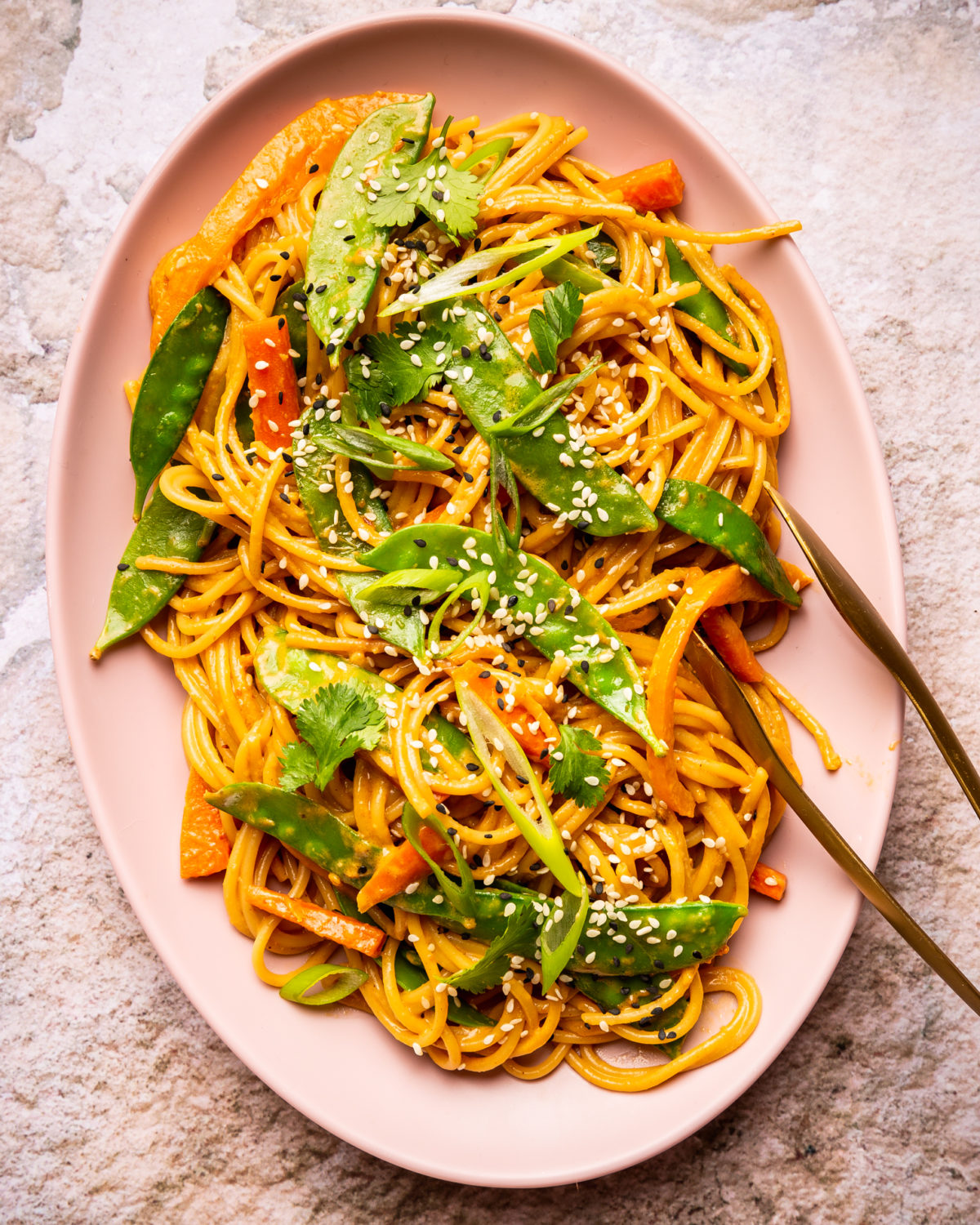 These Vegetarian Sesame Peanut Noodles are a delicious and simple way to use up some of the pantry pasta you’ve got hiding in your cabinet.

Okay – so I’ll be the first to admit that we’ve seen A LOT of pasta recipes floating around Instagram these days as we all cook at home more with pantry ideas. However, just because you are bored with the idea of making pasta with canned tomato sauce for the 100th time in the past month doesn’t mean you should rule out all pasta options.

Case in point? These Vegetarian Sesame Peanut Noodles, which taste nothing like your Italian pasta nights. These peanut butter sesame noodles are spicy and rich and comforting in all new ways. Plus, an added bonus is that this all come together in under 30 minutes!

When making this, make sure to only cook down the vegetables for a few quick minutes so they still end up crunchy at the end. Also, you could easily make this vegan by use brown sugar instead of the honey in the sauce!

These sesame peanut butter noodles come together quickly with lots of pantry staples. Here’s what you’ll need to make these sesame noodles:

With the ongoing pandemic, I plan to give as many substitution suggestions as possible so you can continue to cook without having to run out to the store. Although some of these suggestions may vary the end result, I only make suggestions if I think it will still be delicious.

Here is a list of substitute suggestions for this Vegetarian Sesame Peanut Noodles recipe in case you don’t have certain ingredients on hand:

How to Make Sesame Peanut Noodles

I’ve given detailed instructions in the recipe card below on how to make the sesame peanut sauce and noodles, but here are the basics:

If you have a sesame allergy, you can omit the sesame oil and sesame seeds in this recipe. The flavor of the peanut butter noodles won’t be the same as mine, but I bet it’d still taste delicious.

Cook the pasta just until al dente. You don’t want it to be too fall apart tender, otherwise it won’t hold up well against the sesame peanut sauce or the cooked veggies.

These peanut butter sesame noodles are best enjoyed right away, but leftovers can be gently reheated in a skillet over low heat. 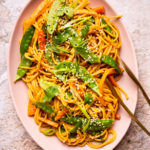